Fargo is the center of the universe

My assignment editor at KVLY TV Julie Holgate used to proclaim that Fargo is the nexus. Everything eventually comes back to this city on the Red River.

The last two months certainly seems to give weight to that theory. Roxana Saberi remains in an Iranian prison. News regarding her situation has been scant.

The city of Fargo is expecting the Red River to hit a second record crest. The community barely survived the first round of flooding last week. A lot of areas south of Fargo/Moorhead suffered but the two cities so far have survived the high waters.

Finally there's the matter of Ed Schultz. When I worked at KVLY, Ed was the host of an extremely popular local radio program called News and Views. I had the pleasure of being a guest of Ed's on more than a couple of occasions. In fact I recall substituting for Ed once. Ed had the ability to get people talking and to piss people off. 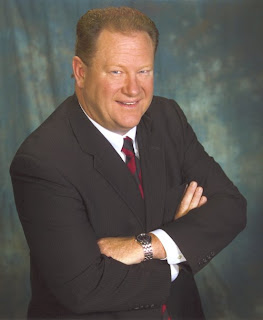 The show aired on KFGO AM, probably one of the best local commercial radio stations in the United States. The popularity of the program was such that the ad rates charged for News and Views rivaled the rates for the local TV news programs. That's unheard of.

Ed was an old TV sportscaster. About a year before I left Fargo our popular longtime sports anchor Dan Hammer, yeah it's a great name for a sports guy, decided to move into radio sales. Ironically he took a job with the same ownership group as KFGO. It didn't take long for Ed to begin nosing around about the possibility of returning to TV as Dan's replacement.

My GM and I actually went to lunch to Ed to hear what he was proposing. Ed wanted to keep doing his radio program and just anchor sports. The idea had some merit given Ed's high profile. The problem we needed a sports director who could do much more than just anchor so the idea never really captured our hearts. I think Ed's found his spot. I'll be interested to see how the nation embraces Ed's brand of populism.
Posted by Rink's Ramblings at 12:58 PM