I'm watching gym class on ESPN2, also called CrossFit.  It stands right up there with Tough Mudders and Spartan runs in my list of meaningless sports.  Except in this sport, it's painfully obvious that more than half of the competitors are loaded with steroids.

Since when did gym class become a sport?  And worse still, anyone engaged in this so-called sport is begging to get injured.  I can't imagine the toll it would take on anyone over the age of 40 who tries doing this.

Seriously, if you want to get in shape and enjoy a well-rounded body, run, bike, swim and lift weights.  It's a simple formula.  I have a neighbor who just past the big 5-0 and he's lost a ton of weight and looks healthy by simply doing core weight training, watching what he eats and running three or four times a week.

What's worse is that any consideration of these CrossFit competitors being great athletes is laughable.  I would love to see a good collegiate decathlete like Curtis Beach give one of these Cross-Fit competitions a go.  Beach doesn't even rank in the world's top ten but he would blow away any of these guys.

The best thing that could happen to a CrossFitter would be an encounter with the late Ralph Wedd.  He was my PE teacher in the 9th grade at South Junior High.  I think Mr. Wedd would ruin any of these so-called CrossFit athletes in just one of his 50 minute PE classes.  These muscle-bound Venice Beach rejects would be crying for their mommies after the third round of calisthenics under Mr. Wedd's watchful eye.

Why is ESPN2 showing me this garbage when they could be televising the World Series of Poker?  Now that's a sport worth watching!

Posted by Rink's Ramblings at 5:56 PM No comments: 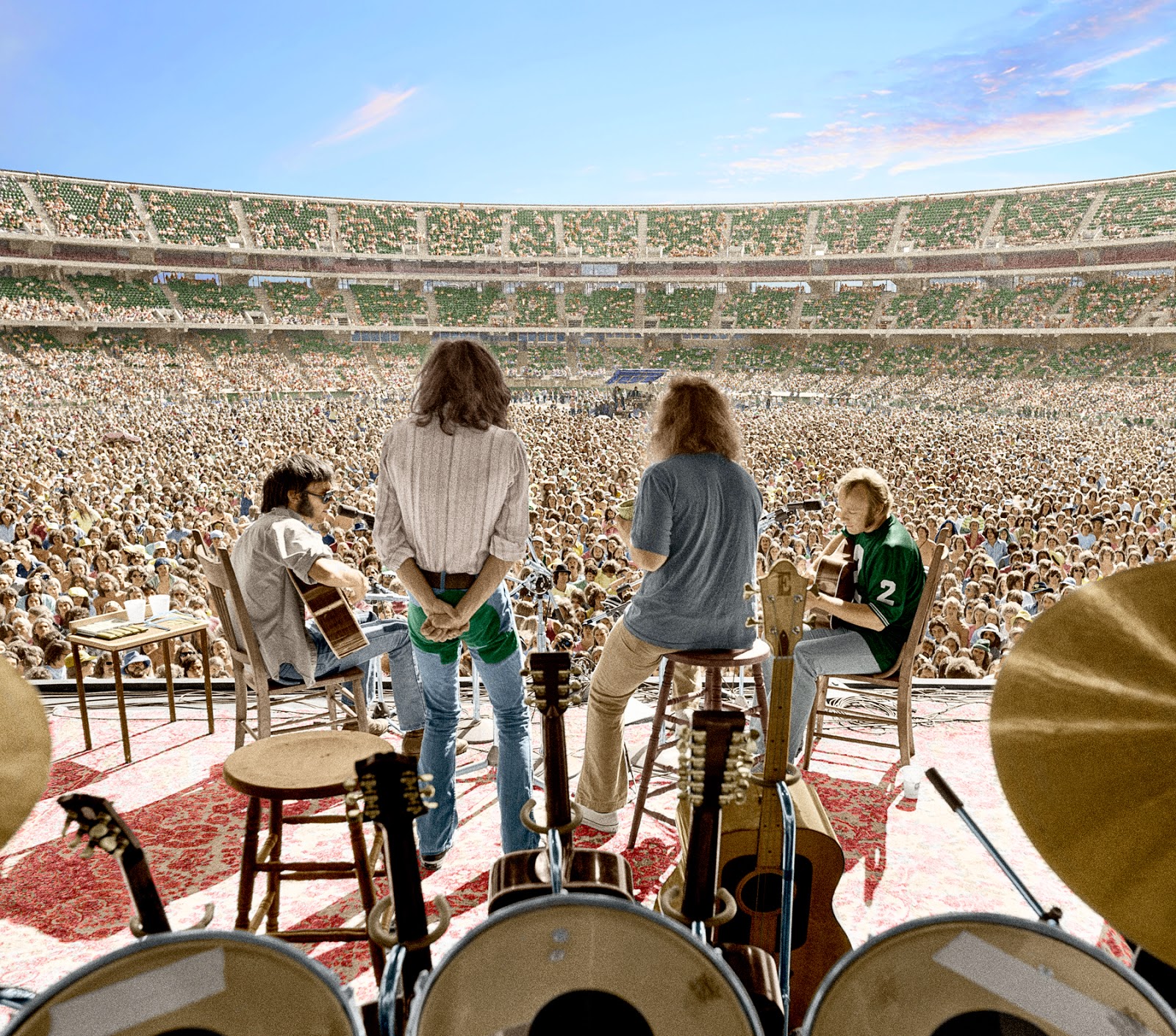 40 years ago on a hot July day, the 18th to be exact, I rolled up to Royals Stadium with a running rival, Curtis Martin, for an amazing day of music.  Little did I know that I was witnessing a tour of historic proportions.  Crosby, Stills, Nash & Young were making the first stadium tour in the history of rock and roll.

I remember drinking a lot of beer and smoking a little pot.  It was blazing hot sitting somewhere in the middle of the diamond, at about 2nd base.  The massive stage was set up in the middle of center field.  Jesse Colin Young opened the show.  His set was mostly forgettable, save for his greatest hit "Get Together."

The Beach Boys took the stage next, probably around 6 p.m.  They rocked the house.  I wasn't much of a fan, but Mike Love, Bruce Johnston, Al Jardine and the Wilson brothers, Carl and Dennis, brought their "A" game.  They were great.  I've seen them three times since that show and they were very good but it simply wasn't the same.  It felt like they were trying to prove something to the crowd.

When CSN&Y finally hit the stage, the sun had taken its toll and I had sobered up.  They played for well over 2 hours.  The show is mostly a blur now.  I was there mainly because I wanted to see Neil Young.  He refused to play until the crowd quieted down, and sat down, for his acoustic portion of the show.  He played the epic "Ambulance Blues", and a couple of my favorites, "Long May You Run" and "Only Love Can Break Your Heart."  David Crosby's "Almost Cut My Hair" left a strong impression as well.  They were good damn good.

So it was great to hear a monster release of that summer of 74 tour.  I give credit to Graham Nash for making it happen.  I suspect it only happened because the set is decidedly Neil Young heavy.  You can feel the cocaine coursing through their veins when you listen to the music, especially Stephen Stills on the opening number, "Love the One Your With."  The music doesn't measure up to their other live offering from that era, "4 Way Street."  I think it's partly due to the drugs and the fact that this new release doesn't have any overdubs.

It's a great palate cleanser after listening to Neil Young's latest release, "A Letter Home."  It's a low-fi offering of Neil traipsing through some covers.  It's quite frankly embarrassing, especially in light of his push for better digital sound with his Pono project.  I would love to hear these songs recorded in  a real studio.  Instead, Neil fucks his fans over one more time, (yes, I'm talking about 2012's Americana) by recording these great songs in a portable recording booth owned by Jack White.

I love Neil Young, but when he records crap, which 2 of his last 3 projects have been, he owes to his hardcore fans to do a better job of opening his vaults.  Archive 2 needs to come along and soon.  Thank goodness for Graham Nash.  Because of his efforts, I can enjoy Neil at his best.
Posted by Rink's Ramblings at 3:32 PM No comments: