Sometimes you just have to bitch.  Here's mine, right or wrong.  All week long I have looked forward to watching a live stream of the Dubai Marathon which started at 9:30 p.m. Eastern Time.  One of the greatest distance runners ever, Ethiopia's Kenesia Bekele is going to make a bid for a world record.

Eversport was providing the feed for free.  The hardcore running community was looking forward to a night of great competition.  The race has been front and center on Letsrun.com, the website that the slavishly devoted to the sport of distance running relies on. 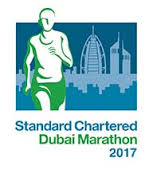 This morning Letsrun dropped a bombshell, killing my joy.  Flotrak decided to buy the rights to the race for the United States and Canada, thus killing the free live web feed.  Now if I wanted to watch the race I would have to join Flotrak for $20 and then quickly end my membership so I'm not on the hook for a lot of content that is quite frankly, unwatchable.

Flotrak does a lot of good work.  They offer up a lot of content that is worth the price of admission for many hardcore fans of running.  It's just not my cup of tea, largely because their production of track and field meets border on the quality of a high school produced newscast.  In other words, it's largely unpalatable.

My biggest gripe is if Flotrak wanted to make a quick buck they could have offered a pay-per-view, in which a lot of people like me would have coughed up $10 to watch this race.  Instead, they saw an opportunity and shut out thousands of running fans from viewing a great running event.

Flotrak needs to focus on what it does best, which is provide solid reporting, interesting interviews and video insights into the best running programs, both college and high school in the United States.  It shouldn't try to be ESPN, NBC or Universal Sports.  It's ill-equiped to do it.

Flotrak needs to do some serious soul searching and do more to promote the sport it purports to love.
Posted by Rink's Ramblings at 6:57 PM 1 comment: