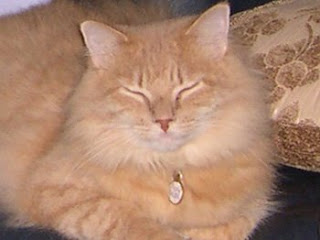 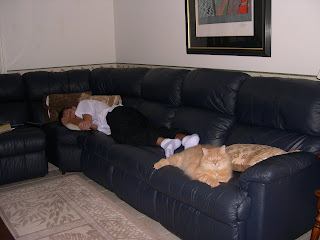 Cats are where it's at. They are low maintenance and just need a good rub now and then. Rudy joined our family in August 2001. He's just the best damn cat I've ever been around. He's funny, personable, greets everyone who comes to the door, and just loves to roam the great outdoors.

He's named after another Rudy. That Rudy was also a big yellow tom who belonged to my late mother. That Rudy was a big butterball who loved donuts. I inherited him after my mother's passing and unfortunately eight months later he contracted feline leukemia. It was tou 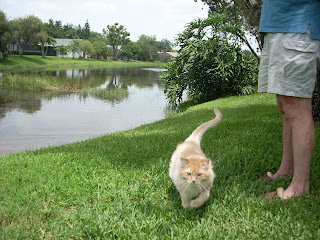 gh because it brought up a lot of emotion so shortly after my mother's death.

The new Rudy used to have a running mate. China Cat Sunflower lived to be a ripe old 18 but we had to put her down in 2002. China lacked Rudy's charisma. She was a good cat and was never overly demanding.
Rudy on the other hand can be a handful at times. He always 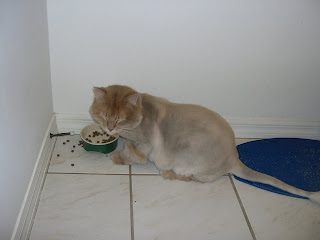 wants to roam outdoors but that's no longer allowed. Between the fleas and the threat of becoming a meal for a gator we don't let him out. Occasionally he escapes and returns dirty and happy from his adventures.

He loves water. It's the amazing how he loves to drink out of an ice filled trash can as I try to nurse an injury. Rudy demands running water from the faucet of the bathtub at least four times a day and if that's not available, the toilet does just fine. 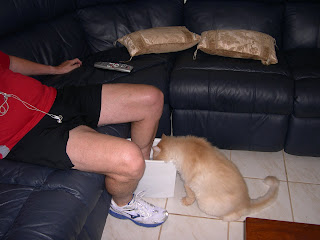 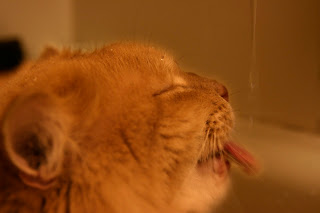