Of Punks, Politics, and Cold Weather

We'll start with the good news. My friend and blues man extraordinaire Lew Jetton a 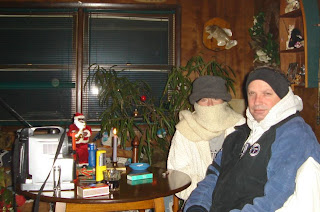 nd his lovely wife Bridget finally got power back after ten days. They were among the tens of thousands caught in that nasty ice storm that swept through Western Kentucky and Northwestern Tennessee. How don't know how they survived it. Those Tennessee boy's are hardy souls.

As for the punks, it's with great amusement I've read the debate about ESPN's Doug Gottlieb's commentary about the excitable Cookie Miller. The pint sized guard from Nebraska dove ontop of a KU player about twice his size a week ago and tried to wrestle the ball away from 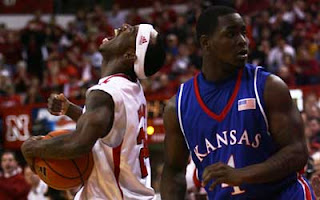 him. Then he put on a display of bravado that would have made Ocho Cinco proud. Gottlieb was right, Miller acted like a punk. And if the officials had been doing their job they would have T'd his ass up.

Finally on the subject of punks, how bout those Congressional Republicans. Is the stimulus package full of "pork?" Yes it is. And I'm hoping the Senate will put together a more reasonable piece of legislation which will give the country the kind of infrastructure makeover it desperately needs. But President Obama is right about one thing. The country tried doing it the GOP way for the last eight years and it didn't work. The country resoundingly voted for a change of direction three months ago. Rush Limbaugh and his syncophants in the Congress can go all Taliban if they want. It simply means that the Republicans risk being the party of irrelavancy. That's the what it became for the better part of 40 plus years in the later part of the 20th century.
Posted by Rink's Ramblings at 6:13 AM