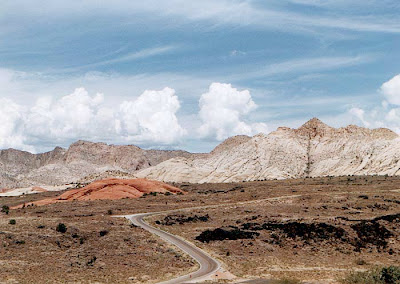 This is what awaits me four months from now.  26.2 miles starting just outside St. George, Utah.  Training for this endeavor is becoming a challenge.  I have even started getting up before 6 a.m. to do long runs on the weekend to make those efforts more bearable.

Surprisingly, the last few weeks have been mild for compared to the sauna that usually descends on Southwest Florida.  It's been hot but dew points have stayed below 70 degrees.  That is until last Sunday.  I went out Sunday evening for what I thought would be an easy seven mile run.  By mile five I was wrung out.  I was seriously worried that I might have to do some walking.

The afternoon thunderstorms have started to build which is normal at this time of the year.  80 plus degree weather with humidity above 60 percent is doable.  But when you throw in dew points above 70 that's when it gets down right awful.  Not only do you have to cope with the oppressive weather you have to keep an ever watchful eye on the sky.  The storms can often produce deadly lightning.

The training is going surprisingly well.  I topped the 800 mile mark for the year over the weekend and I've done a good job of keeping my regular training runs at four to six miles with a few tempo runs.  The next challenge is getting the weekend long run up and over two and a half hours.
Posted by Rink's Ramblings at 2:48 PM