January 2008 offered a once in a lifetime opportunity when the U.S. State Department invited me to speak to college students and a group of smaller market Russian television journalists about American TV news. 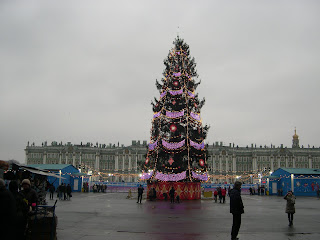 It marked my first trip overseas and I landed across the street from one of the great treasure tr oves in the world, The Hermitage. 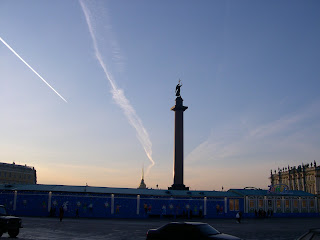 I spent a week in this beautiful city visiting museums and churches, all in the dead of winter. 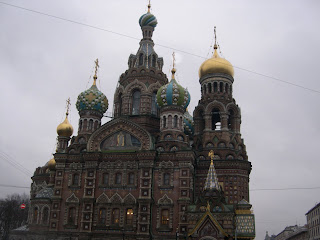 It was something of a wake up for this resident of Southwest Florida but I was spared any truly brutal weather. 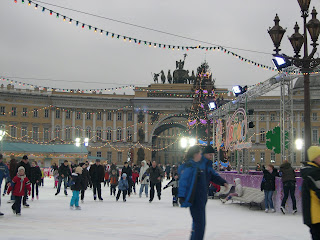 Besides the college sit downs I visited one of the local channels TV 100 and toured the home of the Russian national channel. The contrast was striking. TV 100 was spartan but very modern. The national channel was Stalinesque with a face life here and there. 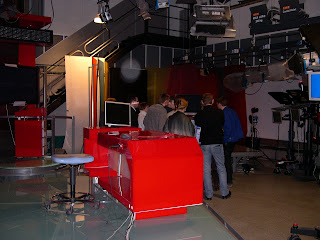 Ironically my wife was visiting her family in Riga at the same time and couldn't join me in a city she had visited as a teenager. Fast forward to February 2009 and not more than a week after booking our first trip together to Riga, the State Department came calling again wondering if I might be interested in sitting down with TV 100 (www.tv100.ru) this May to do a little story telling workshop. My trip to Riga and their worked out perfectly. 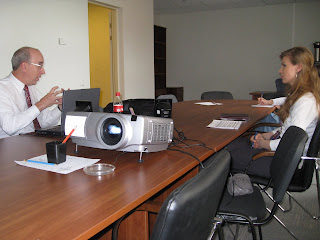 I even made a return visit to the college to meet with students just beginning their studies in journalism. That event was a huge success. 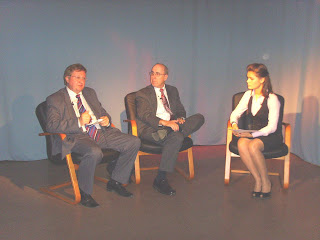 Now here's the truly interesting part. The plan called for Andrei Firtich to pick me up at the St. Petersburg airport. That happens to be my stepson's name. And I was going to stay at Tatyana Firtich's apartment. That was my wife's name prior to our marriage.

Now before you assume that Firtich is a common Russian name think again. It's quite rare. As it turns out the St. Petersburg Tatyana and Andrei are related to my wife and stepson. My wife's late husband Boris had a half brother. One he never met. That's a long story not worth going into. The half brother Georgy Firtich is a relatively well known Russian composer.

Gregori has long since divorced his Tatyana. He has no interest in his American/Riga branch of the family. The same cannot be said of his ex-wife and his son. Tatyana and Andrei were both excited to hear about their relatives. It was wonderful return to a fabulous city. It was a shame my wife did not join me.

The rest of the trip went just as well. Unfortunately I forgot my camera and my friends at the State Department haven't seen fit to email me their pictures. This time instead of staying in a five star hotel I called a small Soviet era apartment home. It was on Basil Island, about two miles from the heart of the old city. I learned to negotiate the St. Petersburg Metro thanks to my new friend from TV 100, Evgeny.

The trip went so well that my contact at the U.S. Consulate wants a follow up visit sometime in the near future. I guess it's time to make an effort at learning to speak Russian!
Posted by Rink's Ramblings at 6:38 PM