The trash talking started innocently enough in our hotel room on Sunday night. My son-in-law and I debated whether I could beat him at a longer distance. The week before he had destroyed me at 5K. The Czarina interjected herself claiming she could take both of us. It didn't take long before we were on Google earth sizing up a suitable race course at an abandoned car race track in Riga. 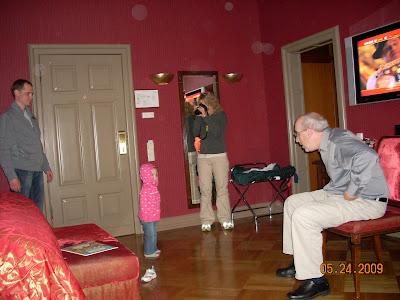 But before we could race it was off to Jurmala, a resort town on the Baltic Sea, renowned for its spas. Much to my displeasure we were going to spend a night there in celebration of birthday for one of the Czarina's friends. That meant non-stop Russian for the next 24 hours. I was tired, road weary, and ready to return to the U.S.A. 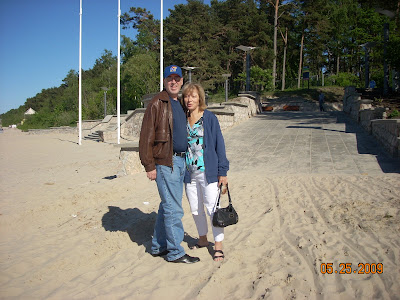 I believe for the Czarina, it was a chance to share with me a part of her life that she remembered with a lot of fondness. Each summer she would spend a month at a small dacha with her friends having what amounted to one big party. Unfortunately I wasn't in a party mood. 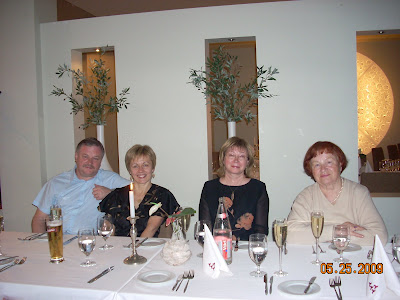 I managed to be on my best behavior around her friends. But I was quite boorish in private. It didn't help that dinner had taken about three hours to be served and consumed. I had simply run out of steam which is ironic because we spent Tuesday morning in and out of various steam rooms, salt baths, etc;. 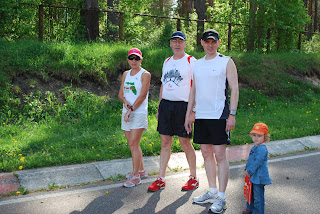 I was in better spirits Tuesday afternoon. We landed in our last hotel, a beautiful spot right next to the U.S. embassy. It was time to get ready for the challenge of a match race, approximately seven miles around an old grand prix track. 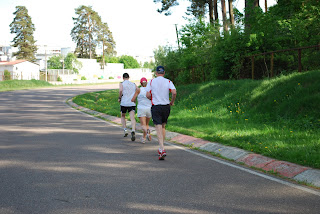 The race went down at 5 p.m. The son-in-law, the Czarina, and myself would circle the mostly shaded course which offered a couple of small climbs five times. Lap one went about as I expected, the son-in-law was 100 yards in front of me a half mile into the run with the wife in between. It wasn't long before he was out of sight. 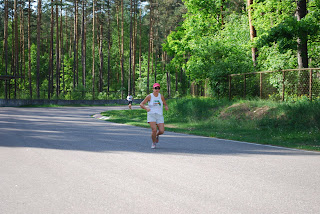 Somewhere around two miles I moved past the Czarina. About a half mile later I finally caught sight again of the son-in-law. Slowly, methodically, I began to cut down the distance between us. Just after lap three, about four miles into the race, I caught him. I could hear him fighting to stay on my tail and that only made me dig deeper to put him away. The sound of footsteps disappeared before the end of four laps. 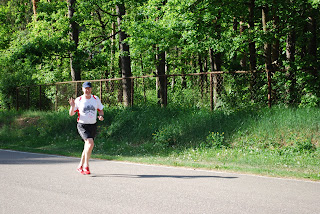 Then something strange happened. Just about a mile from the finish I started thinking about the little Princess. She was on hand with her mother rooting on the son-in-law. I thought she might be disappointed if daddy didn't win. The thought went away but resurfaced with about a quarter of a mile ago. I looked back and saw the son-in-law a good 150 yards behind me and stopped. I waited for him to catch me and when he did I said Masha should see her daddy win. He sprinted away with a 100 yards to go. I felt pretty good about it. 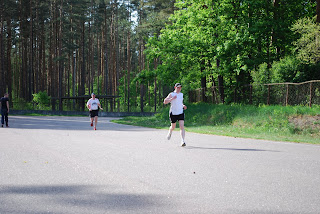 The Czarina on the other hand got pretty mad. She wanted me to win I guess. The son-in-law understood and appreciated the gesture. I had run pretty good, made my point, and best of all, I was leaving Riga for home in less than 12 hours. 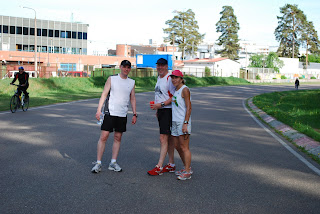