An early morning ride with Andrei Firtich deposited me at Pulkovo terminal at St. Petersburg's airport. Pulkovo has to be the ugliest terminal in the world. It offers up a cold, gray, exterior. Across the tarmac sits a sparkling new terminal but it's for domestic flights.

Going through security produces something of a knot. In Russia you need a visa to get in. When you arrive you fill out a confusing card that goes into your passport. Plus, I needed proof that I had stayed in a hotel, which I didn't. Nevertheless, I had all of the proper papers and got on the plane headed back to Riga.

The Czarina, the stepdaughter and the little Princess were all there to greet me and it was off to our second hotel of the Riga leg of the trip. We stayed in an massive old mansion that the Communist had taken and used as a composer's building. Now it was a very European hotel and we enjoyed a massive suite for only 85 dollars a night! 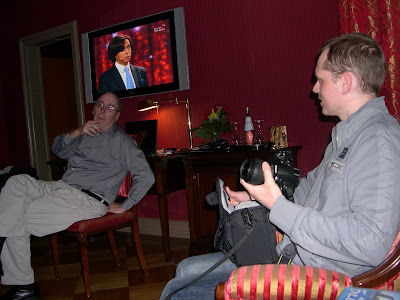 The little Princess enjoyed jumping on the bed and running around the room making sure to stay just out of arms reach of Grandpa. 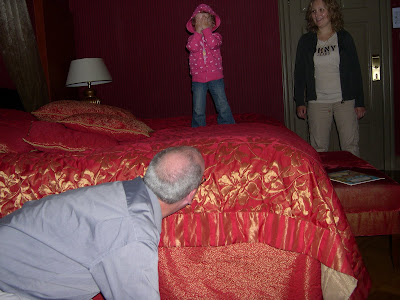 The Czarina had promised that this would be a day of rest in an email earlier in the week but she changed the plan. We were off to her college for a massive reunion, just for a half hour I was told. It was a transportation school that covered all phases of travel. It was a big crowd, well over two thousand. 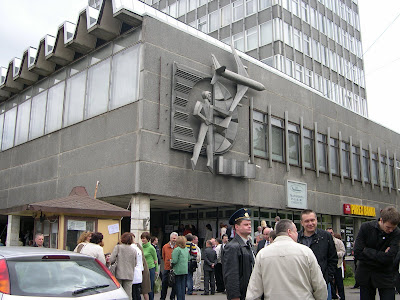 It was a regular hen fest with a lot of her good friends in attendance including a couple from the United States that I had met three years before. The husband came up to me and spoke to me briefly but he was anxious to hang with his buds and just as quickly slipped away. 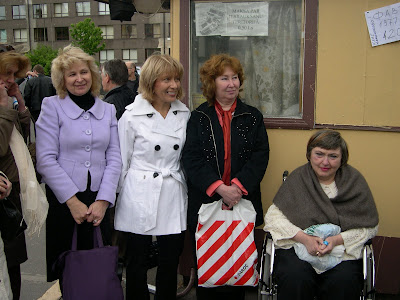 The half hour quickly turned into 90 minutes including a sweltering hour in a packed hall. A group of notables including an old Cosmonaut dressed to the hilt in his military uniform adorned with tons of medals talked our ears off. Of course every word in Russian. 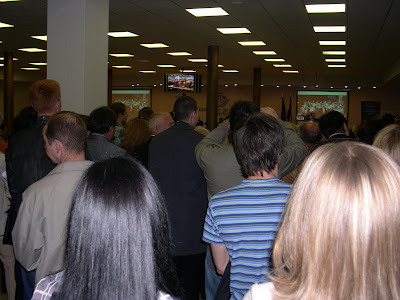 I finally got a reprieve from the Czarina and we headed out to a taxi because she planned to stay behind for the party. The cab driver had this insane look about him and when it quickly became clear that he had no clue as to where my wife wanted me deposited I bolted out of the cab and made way for the tram.

That was a trip in and of itself with me almost falling on my ass when the tram took off with a jolt. By the time enough old ladies had exited I sat down next to one Bobka who looked me over and started speaking to me in Russian. I said "American" and she said "Thought so!" We both chuckled. 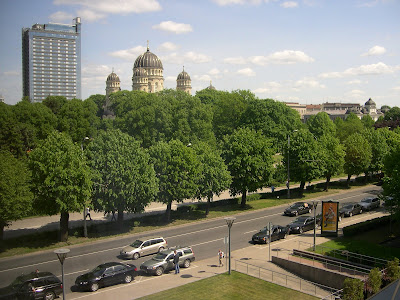 The wife made it back to the hotel after a mere three hours later. Riga was beginning to wear thin. It was now Saturday and I had wanted to return on Monday, Memorial Day, but the Czarina had other plans. The ante on this Russian fun fest was about to go up.
Posted by Rink's Ramblings at 6:03 PM