This just in... local television is in a world of shit. The economic downturn has crippled stations across the country. Way too many TV stations have been flipped or sold a half dozen times in the last 20 years at ever increasing pressures to increase profits. I've worked at a few of them including a one time Kansas City powerhouse WDAF TV.

I started there in October 1980. The station was owned by the tight fisted Taft Broadcasting. We were #3 in the market but young and hungry. In a couple of years we were #1 and stayed there until 1987. The station was sold that same year in a Bass brothers cash cleansing special that left the new company, Great American Broadcasting, a billion dollars in debt.

The station's been sold four times since. A reprieve of sorts came in the mid-90's when Rupert Murdoch and FOX purchased the station. Other than Taft and FOX ownership at WDAF has been less than stellar.

Local TV is the newest owner. They snapped up TV 4 and a host of other stations more than a year ago in deals that are leveraged to the hilt. The timing couldn't have been worse because the ad revenues have tank 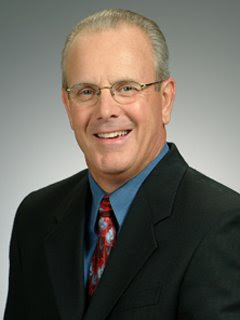 ed and Local TV has been forced to do nothing but cut and cut and cut.

That brings us to Frank Boal, the Boal-Weevil, AKA Pudgy Play Pal. He's "retiring" at the end of June. Frank came to WDAF about six months after I did. He was an all time great co-worker. There are a lot of men and women like Frank Boal right now in TV news. They all have 25 plus years of experience and they are all being forced out the door by the corporate bean counters. This wave of forced retirements is killing local TV news. It will only go to make local TV news less relevant than it already is.

Believe it or not experience and ties to the community do mean something just look at Kansas City's long time market leader KMBC. They employ a host of expensive veteran reporters and anchors. The only saving grace is that the station's owners, Hearst, is a broadcast company. The bean counters haven't ravaged the company like they have so many others. But in this economic climate even companies like Hearst must be feeling the squeeze. The Kansas City market will be interesting to watch over the next year.
Posted by Rink's Ramblings at 2:24 PM