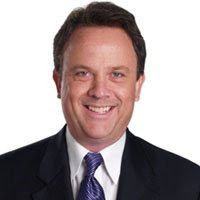 Just when you thought it was safe to be a television sportscaster in Kansas City another well known name is out the door. KSHB decided to let Leon Liebl go. I never worked at the same station as Leon but I worked with him countless times through the years. He is a great guy and a first rate journalist.

Journalism on all fronts is under siege. Gannett just announced it was cutting another 1000 positions. Even in good old Fort Myers, the two mom and pop TV operators have been trimming payrolls. WINK (CBS) has axed at least ten positions in the last year. WBBH/WZVN (NBC/ABC) has sliced more than 20 bodies from its collective payrolls.

The reason I bring this up is because both companies are family owned. That means that neither operator has any debt to speak of, unlike a lot of newspaper and TV companies around the country that are tossing bodies, slicing salaries, and forcing furloughs on their already overworked and underpaid staffs.

For Fort Myers Broadcasting (WINK) and Waterman Broadcasting (WBBH/WZVN) to jettison staff like this only emphasizes the horrendous state of the Florida economy. I know that much of the country is hurting but I can attest that Southwest Florida's economy started hemmoraging a good year before the financial markets collapsed last fall. When the recovery starts it will likely begin in our neck of the woods much, much later than it does in other parts of the U.S.A.

It's a shame because while the quality of television news in Fort Myers doesn't quite match that of Kansas City's, the staffing levels used to, which made for some decent investigative and in-depth reporting. I fear that the blood-letting in both television markets is far from over.
Posted by Rink's Ramblings at 11:45 AM