All things considered, we had a pretty Merry Christmas around here.  News flash, Christmas was two weeks ago but the Russians really don't give up the ghost until this Sunday so I'm still within the statute of limitations.  Presents were jammed beneath the Christmas tree and were it not for the boy the pickings would have been pretty slim.  He went overboard. 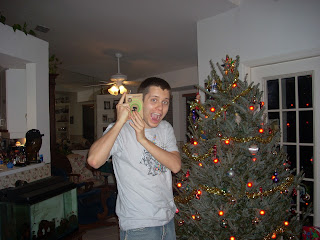 Given our track record on gift giving the boy wised up this year and bought a bunch of stuff for himself labeling the gifts as being from Santa.  I like his way of thinking.  I believe even these earphones the Czarina bought for him had to be returned.  I didn't do any better.  The nice wristwatch I gave him ended up going back to Macy's. 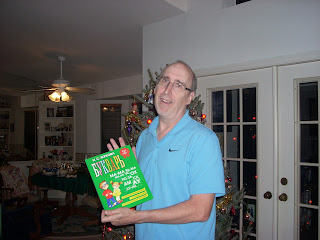 The Czarina doesn't want Masha, our granddaughter, to leave me in the dust when it comes to my Russian.  She gave me an exact copy of the reading primer that Masha is using to learn how to read Russian.  Honestly I made out pretty well this year with some nice K.U. goodies and a cool cover for my Kindle.  The trio of my running hats the Czarina bought me left a little to be desired so this week she purchased three more, one even has lights on it for night running! 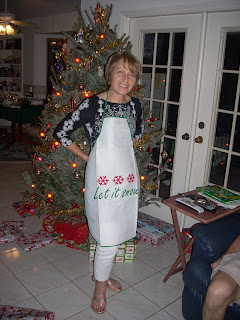 I'd say the Czarina made out the best of all.  The boy got her a lot of cool stuff including a trip to the spa and I got her a new Garmin which will hopefully last longer than the last one.  The boy must be worried that we will starve to death. 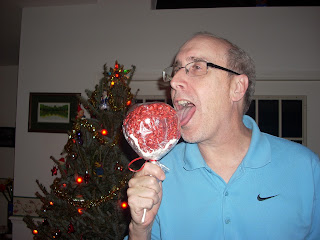 I couldn't eat the popcorn balls  that he got for us because of my digestive problems but I will enjoy the myriad of food he had delivered from Omaha steaks.  And just to be sure that we survive Armageddon he purchased two weeks worth of dried foods that are supposed to last 30 years.  I think living in California is finally getting to him.  But then again he's showing us that he's no longer a boy but a man coming into his own.  And a pretty good man at that!

Least I forget, the best present of all came by way of Riga from Vlad, Natasha, Masha and Dasha.  We received a new Acer PC to replace our seven year old desktop.  It was wheezing, grinding and generally in its death throes when the new one arrived.  Talk about a great stocking stuffer!  Happy Holidays!!!
Posted by Rink's Ramblings at 8:49 PM