The Major Road Trip that is Flying from Fort Myers 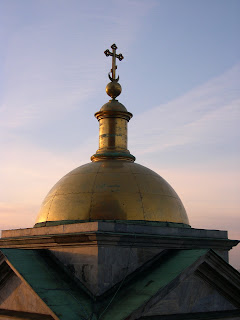 The major road trip that is flying from Fort Myers, Florida to St. Petersburg Russia, got off to a spectacular on Saturday.  Our 12:45 p.m. flight carried me and a couple of hundred other souls to the city of Cincinnati where the airport bars close at 5 p.m. on Saturday.

Our scheduled departure for 5:50 seemed in doubt when none of the pilots were on hand for general boarding at 5:05. I spent an hour so with a young man headed to Vegas and working over his iPAD like a dog with a bone.  Man this those things must be fun.

The Pilots stated strolling in about 15 minutes late and boarding began.  It all made me a little nervous because I had 90 minutes to run the gauntlet this customs and made it on to my next flight.

The trip from Cincinnati to Paris was uneventful.  The six foot three inch Frenchman jammed in our middle for a better spot where he could stretch out.  That left an FAA inspector and me with plenty of room for the seven hour plus the food was decent. This plane didn't have the individual monitors where you get to pick and choose what you want, but I degree.  The highlight of the entertainment evening was X-Men First Class and it went pretty much downhill from there.  The      problems involved a epic fat guy snorer and an old Chinese man who spoke in a very loud voice at very early hour.

Coming off the flight that arrived on time I was worried about my checked bag.  I was reassured twice over my bag would make.  The Paris Charles DeGaulle Airports had some interesting smells which I won't dwell but I do want to say that the customs, security folks, and gate agents were all super nice and super helpful an made this American feel good about his trip.

Loading the plane for St. Petersburg was something of an adventure. It was first come first serve so it triggered a mild case of pandemonium which actually led a rather quick loading of the aircraft.  The Air France crew had to keep tabs on the rather rowdy Russian passengers who don't like following rules.  They served an interesting breakfast, cold chicken, which down right decent.  The gentleman next to me drank red wine with his, the flight attendants seemed shock at my lack of interest in alcohol.

The attendents fill out our visa paperwork on the plane which saved a major hazzle for customs.  I flew through there in record time and my bag rolled out on the carousel not five minutes later and my driver Sergey and I renewed our acquaintance for began in 2008.  Gone was the Amercan Ford beater that he had been driving for a much nicer Sonota.  I was toast so the sites of the city whiz but one can't stop to help think about the massive parks between the airport and downtown that hold the mass graves of the siege of the city of Leningrad in World War II.

They've highjacked my day off, Monday, and I was talk to a group of University students.  I'm going to try to be entertaining as possible.  You know me, I can spin yarns about newsroom activities all day.  Time for some more sleep so I'm human in the morning.
Posted by Rink's Ramblings at 2:33 PM