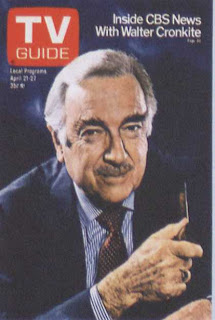 I am profoundly saddened tonight by the death of Walter Cronkite. His passing marks the end of a tradition of television news that those of us old enough to remember, will never likely see again. I became interested in journalism because of Cronkite. I have collected very little video during the course of my lengthy television career but one priceless possession is a 3/4" cassette of his final night anchoring the CBS Evening News.

Cronkite became my hero during the 1968 Democratic Convention. That week in Chicago made for some of the most riveting television that I ever witnessed. He reflected the outrage that I believe most Americans felt over the insanity of what was going on inside and outside the convention hall. The city of Chicago had turned into a police state and its Mayor Richard Daley a goon of the first order.

America's premier anchorman cemented his place in my heart with his unabashed enthusiasm in his coverage of the space program. That night 30 years ago sitting in front of a black and white TV watching Cronkite overcome with emotion will always stay with me.

His other shining moments include his outspoken stand on the Vietnam War, his coverage of Watergate and of course his iron man performance when President John F. Kennedy was assassinated.


This clip in all its primitive splendor shows you just how human he was and why he became so trusted. He wasn't afraid to reflect the collective feelings of a nation.

Edward R. Murrow was the architect of the amazing CBS news team that dominated the airwaves for more than a quarter of a century. But Cronkite was its chief engineer. He utilized the talents of such greats as Eric Sevareid, Harry Reasoner, and Marvin Kalb. Dan Rather's rise as a correspondent and Cronkite's eventual replacement in the anchor chair mirrored Cronkite's ascent to America's anchorman. 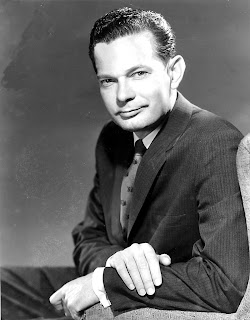 I grew older and became a television professional I realized that the other networks had some other incredibly talented journalists. I became an aficionado of NBC's David Brinkley. Where Cronkite was straight forward and to the point, Brinkley brought an edge and acerbic wit to his delivery. I can't think of one without the other now. It's a shame that a generation of Americans didn't have the opportunity that I did to enjoy and learn from these giants of journalism.
Posted by Rink's Ramblings at 7:39 PM