A Flood of Music 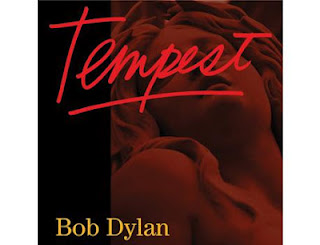 The next two months promise a flood of music that will overwhelm my wallet.  Bob Dylan, Neil Young, Mark Knopfler and the Grateful Dead are serving up releases over the next two months.  Two are highly anticipated offerings.  Bob Dylan is out with his 35th studio album, "Temptest."  It marks his first serving of new music in three years.  More importantly Neil Young has joined forces with Crazy Horse to offer up a new album.

What you say?  Yes Neil and the Horse just released a disc called "Americana," a ration of old folk standards and classics.  But Neil also recorded a whole batch of new material scheduled to come out in October called "Psychedelic Pill."  Neil Young and Crazy Horse haven't released an album of new material since "Greendale" in 2003.

To make matters worse Mark Knopfler will tour his new album "Privateer" alongside Bob Dylan this fall.  I am beside myself because Mark and Bob aren't coming anywhere near the east coast.  I've never seen Knopfler and have really grown to love his music over the last decade, his incredible debut self-titled album with his then band Dire Straits. "Sultans of Swing" was one of the best rock songs of the late 1970's.

And then there is the good ol' Grateful Dead.  They are serving up a massive box set of several shows from 1990.  It is my favorite period of the band's history.  Brent Mydland was still alive and playing great keyboards and Jerry Garcia was relatively healthy.  The limited edition set will cost close to $200 and I don't think I can wait until my birthday or Christmas.

It should be enough music to keep my tied over through the holidays, that's for sure.
Posted by Rink's Ramblings at 5:18 PM