Well, I'm stranded in the city that never sleeps
Some of these women they just give me the creeps
I'm avoiding the south side the best I can
These memories I got they can strangle a man
Well, I came ashore in the dead of the night
Lots of things can get in the way when you're trying to do what's right
You don't understand it, my feeling for you
You'd be honest with me, if you only knew

Bob Dylan, "Honest with Me," from "Love and Theft"

Year two of the Dowling program brought PR's at 5K and 10K. Were it not for a bad case of food poisoning a week before Grandma's Marathon and unseasonably hot weather I believe I would have run 2:45. Instead I ran 2:51 running just under seven minute per mile pace over the last ten miles. It was brutal.

In the meantime my life was undergoing some momentous changes. I decided to leave Kansas City in 1987 and take a new job in Phoenix, Arizona. Don't even get me started on trying to train in July in Phoenix. The winters there were sweet but the summers just wore on you. 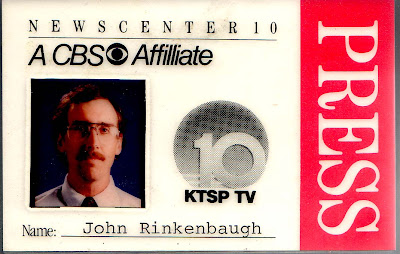 I spent three years there and while I did attain some running peaks, there were many more valleys. A great deal of it was due to my personal demons that I was struggling to come to grips with and a small part of it was due to being away from Tom. I was training with Fred Moore, a great coach in his own right. But when he talked it didn't sink in through my thick skull. 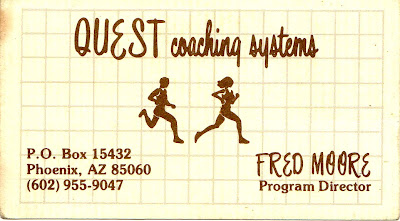 It took advice from Tom to trigger what Fred had been trying to hammer through my head.
Tom's advice was simple, back off. Fred had been suggesting all along to read, "The Tao According to Pooh." The book mirrored what Tom had told me. The jest of it that you shouldn't push so hard, to let life come to you. The same can be said of running.

I immediately started running PR's and could see that a sub 2:40 wasn't beyond the realm of possibilities. But my personal life was spiraling out of control and by 1989 I was a mess. Two of my best friends in the world had died, one at age 32 and another at age 27. Somehow I pulled myself together for about two months and trained. A couple of 38 minute 10K's didn't bode well but I went ahead with plans to join Craig Davidson for the St. George Marathon.

Craig had taken me under his wing when I arrived in Phoenix. He may be the nicest man in the world. Back then he regularly ran 140 miles a week, even in the brutal summer heat. Craig also owns a running streak that has topped 30 years now. That's right, he hasn't missed a day of running in more than 30 years. A religious man, he offered his friendship in a way that probably kept me from really falling off the deep end. He helped me survive life in the Valley of the Sun.

St. George turned into a running epiphany. I felt sluggish for the first half of the race and felt I would be lucky to break three hours. Suddenly a major downhill appeared and as one of the runners glided by he suggested, "Let it go, use the downhill." I did and suddenly I went from running 6:50 pace to 6:00 pace. I ran the second half of the race more than three minutes faster than the first and ran a PR of 2:48:35.

My life was at a turning point. And not long after I made the decision to return to my old job in Kansas City and to Tom. I was hoping the return home would bring changes to my life that I desperately needed and focus on another crack at another marathon at St. George and fly down those massive hills and score a really big PR.
Posted by Rink's Ramblings at 3:17 PM