The Lost Son of Havana 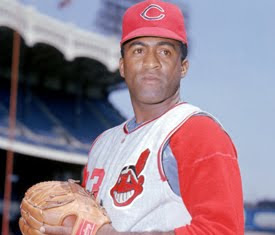 ESPN by and large stinks. It's turned into a parody of itself. Outside of PTI there really isn't much worth watching on the "Sports Leader" anymore. Maybe once a month I find myself stopping to watch something on Sports Center and its usually a feature by Jeremy Schapp or something of substance which rarely seems to make its way onto that once fabulous program. The over-hype of all things Lebron, Tiger, and Manning (Eli or Payton, take your pick) has simply worn out its welcome.

Then something comes along to renew your faith in the network. It happened last night. With almost no fanfare ESPN aired a documentary produced by the Farrelly Brothers. Yeah, the same guys who made the classic comedy, "There's Something About Mary." The documentary featured one of baseball's greatest pitchers, Luis Tiant. It's called "The Lost Son of Havana."

Back in the 70's I went to dozens if not hundreds of Kansas City Royals games. I never missed a Red Sox series. I loved watching the Sox and I loved Luis Tiant. He was a showman on the mound. He was an incredibly talented hurler who overcame a devistating injury and became something of an icon in Beantown.

The documentary looks back at Tiant's fabulous career and the deep personal scar that the Cuban Revolution inflicted upon his life. Tiant left Cuba in 1961 and didn't return home until 2007. The telling of that story is heartwrenching.

It should be required viewing. And while there was no explicit political message behind the story it's clear to me that the United States needs to end its outdated policy toward Cuba. It's people have suffered long enough at the hands of Castro. An end to the embargo would be a much needed blessing to the Cuban people and talk about an economic stimulus for one of the hardest hit parts of the United States. I'm talking about Florida of course. Yeah I live here and yeah, I'm still looking for a job.
Posted by Rink's Ramblings at 2:49 PM