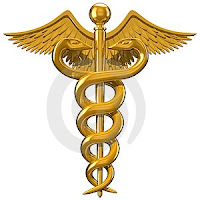 The first debate over health care that I can remember started during the Nixon Administration. President Johnson had already delivered Medicaid and Medicare for the poor and the elderly. Tricky Dick sought to deliver a form of national health insurance to protect families in the event of a catastrophic illness.

Unfortunately it wasn't long after President Nixon delivered his plea to Congress in March 1972 that the whole Watergate mess erupted. I think if Nixon's paranoia hadn't led to the scandal that catapulted him from office we may well have seen some form of national health insurance.

The next serious attempt at reform came during the first year of President Clinton's first term. It was an unmitigated disaster. The Clinton's (particularly Hillary's) penchant for secrecy completely undid any efforts to bring help to the uninsured. At the time I remember thinking it was just as well.

Now we're in the midst of another messy debate over health care. It's much nastier than anything aimed at Bill and Hillary. What I know is this. In 1978 when I got my first job I paid 10 dollars a month for health insurance for myself. I even had a job a couple of years out of college where it was free. By 1998 I was paying about 100 dollars a month with higher co-pays for worse health care insurance. My math isn't very good but I think that's a 1000 percent increase in my health care in 20 years, quite a bit more than inflation.

When I moved to Florida and tried to get health care at my new job for myself and my family I got a kick in the head. The station would give me HMO coverage for a mere $750 a month. I normally ask about benefits before I take a job but guess who forgot to ask this time? We had been paying about $120 a month in Fargo. We couldn't afford it so we went and purchased a catastrophic policy for the family until my wife managed to wrangle a job with reasonable benefits.

The point of this story if there is one is that our system of providing health care is a disaster. The insurance companies have to look for ways to increase profits and we all know that usually comes at the expense of the insured. Until I see an actual plan I'm not going to weigh in on the debate. But I do know this. There won't be death panels. I'm amazed that any elderly person with a lick of sense would buy into this crap. The system is broken, it's worth an attempt to make it better.
Posted by Rink's Ramblings at 5:49 PM