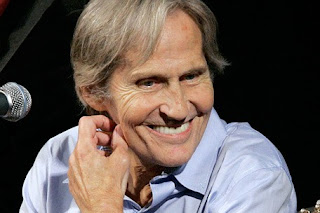 It was a day and night filled with emotion.  One of my favorite singer/musicians Levon Helm passed away after a long battle with cancer.  Helm was the backbone of one of the seminal bands of the late 1960's, "The Band."  If there was a group out there that I always wanted to see but never got to it was "The Band."

Helm voiced his bitterness over the group's disintegration, forced mainly but its lead guitar player and leading songwriter Robbie Robertson.  Levon went on to try his hand at acting and then took part in a reconstituted version of "The Band" minus Robertson.  It too slowly fell apart, first when pianist Richard Manuel committed suicide, and then with the drug-induced death of Rick Danko.

Go watch Martin Scorcese's "The Last Waltz."  It chronicles "The Band's" last performance and is simply the best concert movie ever made.  The group cranks out one gem after another and the interviews with the various members of the group are telling.  I can still remember going to see the movie on a hot August night in 1978 in a now non-existent movie theater in Kansas City.

So with this in my heart I went to see "The Grateful Dead" in a special one night off cinematic showing of a 1989 concert they performed at Alpine Valley.  I was lucky enough to see the Dead play five shows there in 1986 and 1987.  I took the Czarina with me so she could experience what I had come to love so much.  It was an awesome concert from the opening song "Touch of Grey" to the closing number, a cover of Bob Dylan's "The Mighty Quinn."

The Czarina and I could swear we could smell the hint of marijuana during the concerts incredible second set.  The Dead opened with "Sugar Magnolia" rifting into "Scarlet Begonias."  The second set ended with a great "Throwing Stones" which slammed into a surprising "Sunshine Daydream" making for a perfect wrap from the opener.  Even though it was just a movie it was one of the best performances I had ever seen (out of 16 live shows) by the band.

The movie brought back a flood of memories and sadness knowing that Jerry Garcia and Brent Mydland are both gone much too soon.  But I fondly thought back to the 1987 shows when we stayed in the same hotel as the band in Lake Geneva, Wisconsin.  I remember Dead stage manager Steve Parrish rolling into my friend Joe Gauthier's room holding Jerry's beautiful tiger guitar.  Steve kept a close watch on me as I examined the gorgeous instrument.

It was on this trip when a classic concert memory occurred.  Joe had brought two Dead neophytes to the show from his home in Iowa Falls.  The two idiots dropped acid right before the start of the first show and when Jerry hit his first power chord the bozos freaked out racing off, out of the venue into the deep woods which surrounded it.  Poor Joe and his wife Bev spent half the night looking for them.  A deputy found them at dawn walking down a country road half-naked.  Needless to say the goofballs were sent packing.

It's not surprising that both "The Grateful Dead" and "The Band" shared enduring relationships with the great Bob Dylan.  "The Band" served as Dylan's backup band off and on for a decade.  Dylan played with the Dead in the 1980's and Jerry and the boys always covered a Dylan tune throughout their last two decades of performing.  The world of music is a much poorer place this week with Levon's passing and that of Dick Clark.  It's all part of the long strange trip that is life.
Posted by Rink's Ramblings at 7:22 PM