Sometimes You Can't Make it on Your Own

I think it must be separation anxiety.  The Czarina paid me a visit over Labor Day weekend and I can't wait to see her again in ten days when we arrive within minutes of each other in Las Vegas.  This move to Sacramento isn't the first time we've spent time apart because of my profession.  She spent a hellish six months on her own with a wild man of a teenage son to look after while I established myself as a news director in Fargo.  It's remarkable that those events didn't destroy our less than year old marriage. 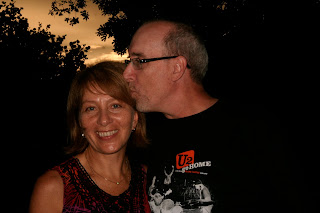 She's very tough and strong willed.  Above all the Czarina is courageous.  I don't know how else she made it through Fargo.  This move is different because we're both very much alone.  The boy was with us through the first two moves be he is now a grown man living his own, successful life in Southern California.  I have a couple of guitars and laptops to keep me entertained while she only has Rudy.

The early part of the separation was easy for her to endure because the visit from Masha, Vlad and Natasha.  But now I hear nothing but complaints about Rudy's unending quest to get her to feed him canned cat food instead of his dry food.

Thankfully her job search moved into high gear after the Labor Day visit.  She's even had me dropping off resumes at a local state office.  The Czarina is an amazing programmer because she brings to her work the same things she brings to our marriage, passion and commitment.  She doesn't give up on any task, no matter how daunting.  I know this because I've seen the sweat, I've seen the tears, I've seen her break a wrist because of her stubbornness.  We're quite a match and I am ever so grateful that she hasn't give up on me.
Posted by Rink's Ramblings at 12:25 AM