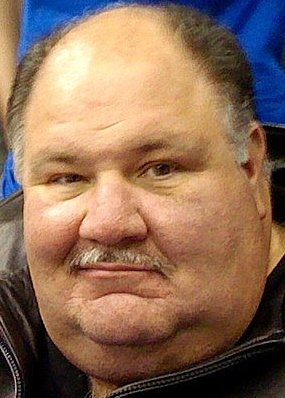 I've been silent on the epic saga of ex-K.U. football coach Mark Mangino.  I wanted to think about what had happened.  Unfortunately the media completely dropped the ball on the issues surrounding his "resignation" but that doesn't surprise me because the Lawrence Journal-World would never print anything that would really hurt the university.  Despite his personal failings Mangino brought a measure of respectability back to Kansas football.  For that I am appreciative, but it was time for a change.

I've listened to all of the names bandied about.  The coach I'd really like to get, Gary Patterson at T.C.U., would never come to Kansas.  Only one name that's out there are now makes sense.  That's Skip Holtz at East Carolina.  He's done an amazing job there.  If he's got half of his old man's ability then he can keep Kansas competitive in the Big 12 North.

The other names that are out there, Turner Gill and the Brewster guy from Minnesota do nothing for me.  Gill couldn't back up last season's success with another good year and Minnesota has a schedule that's easier than K.U.'s.  Then there's Randy Edsall.  The UConn coach is reportedly on Notre Dame's short list.  Honestly, if he's good enough to be considered for South Bend then he'll wait until another big school comes calling.

And that's the shame of it.  Athletic Director Lew Perkins has built some great facilities and has shown that he'll spend money like a drunken sailor to get what he wants.  I think Edsall doesn't want to play second banana at another basketball school and Patterson can recruit the Texas, Texas A&M, and Oklahoma rejects in his home state and keep right on winning.  Luring those kids to Lawrence would be a lot tougher than getting them to Fort Worth.

I just pray that we don't end up with another Terry Allen!
Posted by Rink's Ramblings at 7:37 PM