The news came in the form of an email last week from my favorite boss.  Tommy Sifuentes was dead, natural causes.  He was just 58.  I anxiously waited on an obituary and all I've seen is the announcement for his viewing and funeral.  Tommy and I shared something very important and I feel compelled to write about him. 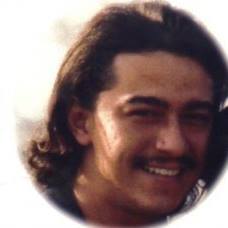 Thomas Sifuentes, Junior started working at WDAF TV in the late 1970's.  He was just a teenager.  A young Latino, a barrier breaker, like his co-worker Joe Arse and a handful of other Latinos working at KMBC like Ralph Siguera.  Tommy learned how to become a videographer.  Back then it was back breaking work.  Here was this little guy lugging around 70 pounds of gear.  He worked hard.

Tommy wasn't an artist with the camera.  But he cared deeply about his work.  I remember going out with him for a shoot at Royals Stadium in advance of a special story I was working on.  Tommy did everything I asked of him and more.  He was always careful to throw his hand in front of the lens so you couldn't use a shot that he felt wouldn't be up to snuff.  Tommy didn't want second class work making it to air.

Tommy and I both battled the same personal demons and we leaned on each other.  We learned how to be better people from each other.  I owe him more than I think he ever realized.  And I wish that he had known how often I thought about him.

Last year he parted company with WDAF TV.  I can only imagine how hard it was for him to walk away from the only job he had ever known.  I know he was unhappy.  I know that he wanted so much more for his life and for his children that he loved so much.

Losing Tommy caused me to think about all of my television friends that passed too soon over the last 40 plus years that I had the joy of working alongside.  It gets harder as you get older.  The list keeps getting longer and I want those folks remembered, because they all contributed to my life in so many ways.  God bless you Tommy, I pray that you are at peace.

Posted by Rink's Ramblings at 8:18 PM