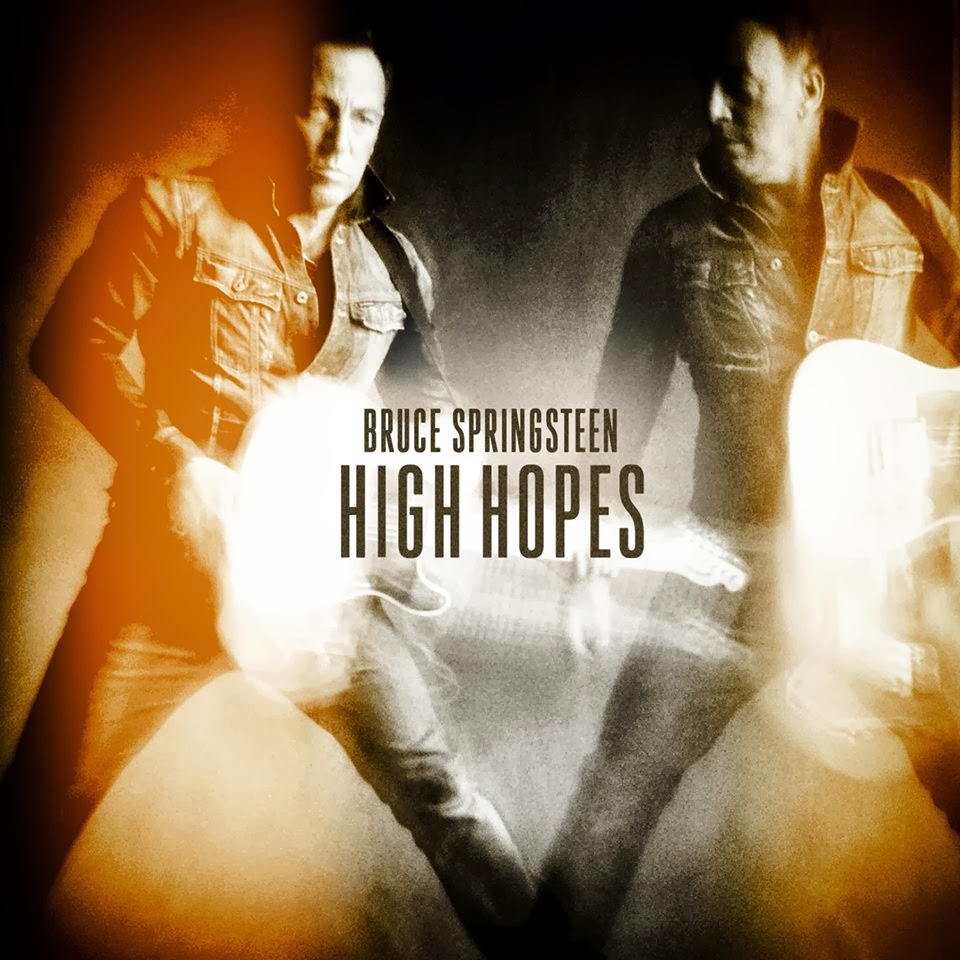 In the canons of the American singer-song writer there are the Big 3, Bob Dylan, Neil Young and Bruce Springsteen.  Even though this trio has more than 150 years of work between them, each manages to remain relevant, evolving and at the top of their musical games.  Now we have the latest offering from the youngster of this inveterate group has offered us "High Hopes."

Bruce Springsteen has served up an unusual mix of covers, re-makes and leftover originals.  Many of the tunes feature Tom Morello, the guitarist and frontman for a well known band called Rage Against the Machine.  Bruce proves once again that something old, something renewed, something borrowed and something blue is a powerful combination.

One of my favorite retreads is this studio version of "American Skin (41 Shots)," long a concert staple but never one of my favorites.  The rich production breathes new life into the song.  This song gets an assist from Morello as does on of Bruce's acoustic classic, "The Ghost of Tom Joad."  Springsteen and Morello have been shredding this song while out on the road for the better part of the last couple of years.  The studio version of "Joad" simply rocks.

One of my other favorites is a song called "The Wall."  It reflects back on a Jersey rock and roller who came before The Boss.  A man named Walter Cichon who Springsteen admired.  Cichon never got a chance to achieve music stardom, losing his life in the Vietnam War.  The song strikes a chord like many of the tunes from his great 2007 album "Magic," which scratches the surface of the current generation that has bled in the deserts of Iraq and Afghanistan.

This isn't a great Springsteen album, but it is a very, very good one.  And if you buy the actual disc you can get a DVD of his London show from 2013 in which he plays the entire "Born in the USA" album.  It's a fantastic addition.

Springsteen seems to have joined Dylan on the road in a never ending tour.  Even Neil Young seems to be touring more.  My guess is that the only real money to be made anymore is out on the road, because it sure doesn't come from selling CD's and downloads.  Thanks goodness these greats are still with us.
Posted by Rink's Ramblings at 4:15 PM