First off, I must admit, it's not even a real contest.  Neil Young's career as a musician stands way, way above Stephen Stills.  But I got to thinking back 40 years ago all because of Graham Nash's recent appearance on Howard Stern's radio program.  I can't wait to read Nash's new book, "Wild Tales."

That interview got me to dig out my Crosby, Stills and Nash albums and of course the Crosby, Stills, Nash and Young discs as well.  I did some listening while out on my runs.  Stephen Stills helped bring out the best in Neil Young and vice-versa.  Anybody with any knowledge of rock and roll knows it.

The chemistry started with Buffalo Springfield.  It's a band in which Stills was the much bigger star.  It can be argued that Neil wrote better songs on the whole with that band, "Mr. Soul" and "On the Way Home."  But Stephen Stills' anthem "For What It's Worth" is powerful stuff and "Bluebird" is an amazing tune. 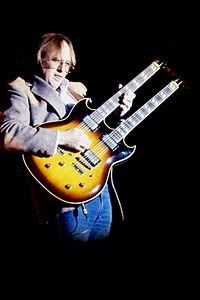 Then Stills lit it up with David Crosby and Graham Nash.  CSN's debut album is one of the best first attempts any group has ever made, period.  "Suite: Judy Blue Eyes" is an incredible song.  The guitar playing, the vocals, the tune has it all.  Plus you toss in the solo stuff and Stills was light years ahead in terms of commercial rock and roll by 1970.

"Deja Vu" is one of the best albums of the 70's.  Stills' work on the album shines through although Neil's contributions, namely "Helpless," certainly stand out.  Their guitar work on "Almost Cut My Hair" showed some of the fire those two could have as they played off one another.  But it's Stills' production of Joni Mitchell's "Woodstock" that stands out.  His guitar work is blazing.  Of course it bums me out when Neil told the story years ago of how Stills went in and erased his original guitar solo from the track which Young called epic.

So by the time I saw Crosby, Stills, Nash and Young live in Kansas City in 1974, I think it would be fair to say that Stills was considered the "biggest star" in the quartet, even though Neil had scored a number 1 single two years prior with "Heart of Gold."  But by the end of the 70's Neil's reputation had soared past that of Stills and it made me wonder what went wrong.

Stills is a much better guitar player and used to be a better vocalist.  But his song-writing paled as time passed to Neil's prolific output.  Plus I think Stills close association to CSN and the rapid deterioration of David Crosby hurt him and the group.  I also don't doubt that Stills himself had a pretty healthy drug habit which couldn't help.

I got to see him solo in 1988 at the Democratic National Convention in Atlanta.  He kicked ass for an hour for about 2,000 or so gathered journalists.  I didn't see him again until 2000 in Kansas City with CSN&Y.  By then his voice was pretty much shot.

I think Stephen Stills is under appreciated.  However, I think that once he became mega-rich and mega-famous I don't think he followed his muse with the serious passion that Neil Young did.  But take time to go back and listen to some Stephen Stills.  Whether it's the blues powered "Black Queen" or the poppy "Love the One You're With," the man had chops and knew how to write and produce some great music.
Posted by Rink's Ramblings at 7:08 PM