Slowly, but surely, Bob Dylan is opening his vault.  His 10th release of his remarkable bootleg series at first glance is a real head scratcher.  "Self Portrait" is one of the two or three worst albums Dylan has released over his unparalleled career.  It was so bad noted writer Greil Marcus wrote in Rolling Stone magazine back in 1970, "What is this shit?" 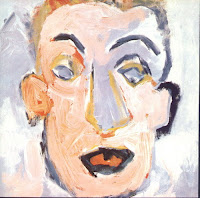 So along comes "Another Self Portrait."  Again, I say, what is this shit?  If you bite hard, which I did, and buy the massive box set of some 70 tunes or so, you come away stunned.  Dylan was in a musical no man's land at this time.  The original album came on the heels of the acclaimed "John Wesley Harding" and Dylan's foray into country, "Nashville Skyline."  At this point in his career you would have thought Bob would sit down and cut an album with The Band.

The legendary collection of recordings made in Woodstock Dylan had made with Robbie Robertson and the boys were beginning to circulate, creating a whole industry of bootleg recordings.  Those sessions were so legendary a small piece of them would eventually be released as "The Basement Tapes."  But Dylan wouldn't record a real album with The Band until 1974 when they released "Planet Waves."

Instead Dylan fiddled and farted around in the studio doing a mix of cover songs and so-so original songs.  Then Columbia handed the mess over to Bob Johnston who tried to salvage the sessions by over producing a lot of the tracks.  What "Another Self Portrait" offers is the stripped down version of some pretty decent songs.  Some of the tracks are still complete shit, but there are some gems that deserved to be heard.

Two things caught my ears, songs that never appeared on the original album.  One of the outtakes features George Harrison doing his best Carl Perkins impression on guitar as Dylan rips through a song called "Working on a Guru."  The song is a send up but Harrison's muffled laugh at the end of the track is worth the price of admission.  Then, there are the live recordings from Dylan's appearance with The Band at the Isle of Wight festival.  It's simply amazing.

Dylan was still crooning in his syrupy "Nashville Skyline" voice as The Band delicately glides along with him through some of his new songs and some of his classics.  The outright joy of "Quinn the Eskimo," which appeared on the original "Self Portrait," makes me wish I could be transported back to 1969 when these songs were played before a live audience.  It was the first time Bob had faced a crowd in several years.  The live recordings stand in stark contrast to the "in your face" aspect of the 1974 tour that Dylan took with The Band which you can listen to on "Before the Flood."

Dylan's bootleg series is something to revel in.  The surprises he continues to serve up deserve our respect.  Undoubtedly, there is much more to come from America's greatest living songwriter, so much more indeed.
Posted by Rink's Ramblings at 6:24 PM