As soon as Florida Gulf Coast University beat Georgetown almost two weeks ago, I knew the gig was up.  Andy Enfield would become the hot new coaching property.  The impressive win over San Diego State sealed his fate and their was no way that he could not help but accept an offer from the University of Southern California. 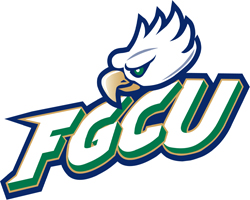 Enfield came here two years ago to take over a failing program that was dipping its toes into big time basketball.  Dave Balzer had successfully launched the program 11 years ago but when FGCU started playing real competition about 5 years ago, wins became much harder to come by.  Enter Enfield from Florida State, a life long assistant who dipped his toes into a successful computer business while landing himself a major league wife.

Enfield's success this year should have come as no surprise to knowledgable sports fan.  His very young team almost took the Atlantic Sun last season with a hot tournament run that faltered in the finals.  Then the Eagles beat a top notch Miami team early this season and you knew this team could be good, really good.  I picked them to beat Georgetown but had no idea they would actually make it to the Sweet 16.

The local newspaper is questioning Enfield's judgment, daring to take on a underperforming basketball program at a football school.  USC basketball will always rate behind UCLA when it comes to college hoops.  John Wooden's shadow looms large over the City of Angels.

But if Enfield can do what he did in Florida and that's recruit the kids that UCLA rejects, he's got a fighting chance.  His style of basketball is a lot more appealing to kids who may not want to play Steve Alford's possession to possession style of basketball.  In fact, Enfield has what the NCAA needs more of, more run and fun and less physical play.

For anyone watching the NCAA Tournament one can't help but notice that the quality of basketball is suffering.  The experts want to blame the one and dones but it's not that.  It's about the grind it out style and the referees allowing the game to get overly physical.  College basketball looks more like the bad boy Pistons of the late 1980's or the Knicks of the early 90's and nothing like it did just a decade ago.  The game has become deadly dull.

But enough bemoaning the current state of college basketball, what about Enfield?  FGCU doesn't have the history or the alumni base to afford a top college coach.  If not USC then when and where.  Sure, Enfield could have come back for another year and a possible tournament run but what if the heart and soul of his offense, Brett Comer gets hurt.  The storied run of 2013 would quickly be forgotten.

And what other jobs are looming out there next tear that would top USC?  Texas, perhaps, if Rick Barnes doesn't get the Longhorns back on track next year, but I wouldn't bet on it. Let's be honest, there are only a half dozen of so to die for college jobs out there and I don't see Billy Donovan, Roy Williams, Bill Self, Tom Crean, John Calipari or Rick Pitino going anywhere in the next year.  Oh, and only fools will line up to replace Mike Krzyzewski at Duke.  Congrats to Enfield for giving the sleepy City of Palms a new moniker, Dunk City.
Posted by Rink's Ramblings at 6:06 PM