It took weeks but I've waded through the music overload that started in the late summer with Bob Dylan's release of "Temptest" and ended with Neil Young's second offering of the year with Crazy Horse called "Psychedelic Pill."  On top of all the music from those two along with Mark Knopfler and Donald Fagen and Green Day, I've been reading Neil's autobiography, "Waging Heavy Peace." 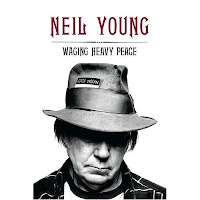 Let's start with the book that serves mainly as a bitchfest about the state of sound served up today in music.  Neil Young hated the sound of CD's and hates mp3's even more.  So he wrote a book to push his solution to the lackluster state of audio called Pono.  The book is a major disappointment.  It pales in comparison to Bob Dylan's "Chronicles."

Neil offers up a few alluring morsels about his rock and roll life.  But the writing is juvenile and really lacks any real feeling.  "Shakey," the book written a few years back by Jimmy McDonough offers a lot more insight into Neil Young.  "Waging Heavy Peace" only serves to re-enforce McDonough's observation that Neil is pretty much an asshole.

Now don't get me wrong, Neil Young is a great artist.  He's done some great things like helping start Farm Aid and The Bridge School.  He's also written some of the most enduring music of the last 50 years, but I would think being a part of his inner sanctum would come with a very heavy price.  Which gets me to "Psychedelic Pill."  The new double disc with Crazy Horse is largely unremarkable.  It is a good album, but not a great one.  Only nine songs (one a repeat) grace the two discs with the first tune on the first disc "Driftin' Back" clocking in at an epic 27:36.

Only four of the songs on this release are worth a listen.  "Walk Like A Giant" is an epic classic as is "Ramada Inn."  But for all of Neil's wailing in his book about sound "Psychedelic Pill" is one of the worst sounding albums that Neil has done in 25 years.  It is woefully under produced.  It's pretty clear Neil was trying to capture the live spirit that makes Neil Young and Crazy Horse so great, but the album simply lacks the power of a live performance of the band. 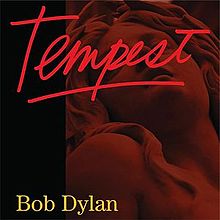 That brings us to Bob Dylan's latest album "Tempest."  The songs are great, certainly the best penned by Dylan since "Love and Theft."  But as great as the songs are, again the album is woefully under produced.  The opening song "Duquense Whistle" serves up a bundle of energy and promise.  But the sparse arraignments with Dylan's touring band along with David Hidalgo from Los Lobos just runs out of steam.  The songs deserve so much more.

Bob loves that old timey sound and he's surrounded by great musicians.  But since "Love and Theft" he's doggedly stripped away and stripped away at the full sound that some of his best albums have delivered.  As a producer Bob Dylan is his own worst enemy.  The songs on "Tempest" deserve better, irregardless, it is a fantastic album.
Posted by Rink's Ramblings at 3:20 PM