I ran 8 miles today in honor of the 58th birthday of Wichita East alum Steve Riley.  Steve graduated from East in 1972 and was a state record setter just like another East alum, Jim Ryun, class of 65.  Steve's record in the pole vault didn't last long.  Just one year in fact when my high school classmate Tad Scales broke it.  Then Steve's little brother Tim had the audacity to break his big brother's school record two years later.  Just imagine.

Imagine being a top flight distance runner from the state of Kansas in 1963.  If you go to one of the large high schools you must contend with the prospect of racing Jim Ryun.  I put myself in the place of Gene McClain, an outstanding high school runner from Salina.  Jim was good enough to run for the University of Kansas.  He was a year ahead of Ryun.

Gene knew about the super sophomore from Wichita East.  McClain had beaten Ryun in the fall of 1962 at the state cross country championships.  He watched in the spring of 1963 as Ryun slowly ratcheted his mile time down from 4:32 to 4:16.  In fact Ryun ran 4:16.2 at the state track and field championship to defeat McClain for the title.

Ryun proceeded to lop almost 9 more seconds off that PR a month later.  I've talked to Gene McClain about this.  I think it was a WTF moment for Gene. What kind of training is this Ryun kid doing to get those kind of results?  What do you do in your training to compete against that? 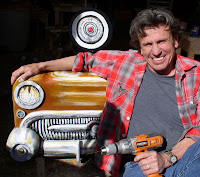 Gene finished runner-up to Ryun at state cross country in the fall and again in the mile the following spring at the state track meet.  When he finished his running career at Kansas, McClain went on to become a first rate high school distance coach at North Kansas City High School and an accomplished art teacher.  McClain retired to New Mexico where he opened an art gallery in Placitas.

Looking at Ryun's junior year of cross country I can only wonder why Coach Timmons decided to run Jim in C team races at the first two meets of the season.  The other question I would like answered is which two runners beat him at the AAU meet in Kansas City.  I would have to guess that K.U.'s John Lawson was one of them.