Lost in a Lost World 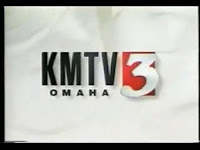 A long time ago I started blogging about my career in television news.  After a hiatus of a year or so I decided to get back at it.  I held off on this because my job in Omaha was probably the toughest gig I ever had.

It was a bad fit.  I was brought in as the executive producer but I was the defacto number 2 in the news operation.  The newsroom was in trouble.  Top management was distracted and couldn't do the things needed to stop its slide from the number 2 spot in the ratings to 3rd.  A shakeup was needed.

I have to admit that I wasn't strong enough to make the changes.  But part of the problem is that I didn't have the support from my bosses to make the changes that needed to be made to stop the slide.  That fact was even articulated in a memo from our consultants.

They thought that new graphics, new music and a family friendly 5 p.m. newscast would go a long way to fixing their woes.  But the problems were rooted in a handful of backstabbing employees.  I won't name names because it won't fix anything and thankfully I'm pretty sure none of those folks work in television news anymore.

KMTV was the long time number 1 in Omaha until the 1980's.  That started a long steady decline that the station has never recovered from.  It's a station with a proud history.  When I worked there it had a great staff of hardworking photographers.  Their star reporter was Steve Spriester who now anchors in San Antonio, Texas.  I felt lucky to get to know Steve and a handful of other folks like producer Dennis Sulsberger who taught me some important life lessons during my stay in Nebraska.

The world of television news is a very small one.  About six years after I left Omaha my former weekend sports anchor Ken Dudzik stepped into the news director's job at KMTV.  I had told Ken before I left Topeka that he would make a hell of a news director some day.  He did his best in difficult circumstances in Omaha.  But even with all his talents Ken couldn't turn the ship around.

My experience in Omaha nearly drove me out of television news.  It created a lot of doubt about my abilities in run a newsroom.  But it was an important stop in my life.  Despite the toxic environment at the station I built a personal foundation of inner strength that serves me to this day.  I wouldn't trade the experience for anything.
Posted by Rink's Ramblings at 8:25 PM