What's In a Name?

Not since the Cold War has a secret been so tightly guarded between Russians and Americans.  At least not since the birth of Masha Dorofeeva in 2006.  The Czarina's daughter and her husband wouldn't tell anyone about their plans to name their first born.  They went with Masha or Maria if you will and she's been the center of their universe ever since. 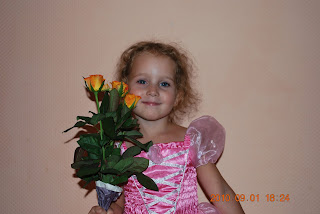 That is until the arrival of a second family member about ten days ago.  Again the Riga clan kept mum on their name choices for this baby.  But persistent questioning over Skype by the Czarina found a crack in the wall of silence that had descended on Eastern Europe.  But it may have been a KGB diversion because in the end it all got mixed up.

Vlad and Natasha welcomed a second little girl into this world on Good Friday, April 22.  For three days the outside world waited word on a name for the little bundle of joy and finally the announcement came from on high, Sophia.  The inner works of the Dorofeev clan was explained to me by Dad shortly after the big event and it seems Sophia was a compromise pushed by the precocious Masha.  But by weeks end the name coalition had come to an end and a stunning reversal was engineered, more impressive than any politicking seen behind the walls of the Kremlin. 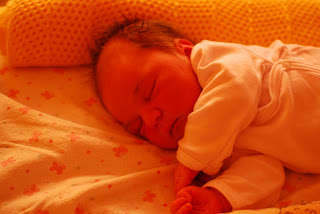 Meet Dasha Dorofeeva.  Mom wanted some symmetry to the names of the women in the family.  So now we have Nastasha, Masha and Dasha.  Or you can call her Daria, but I don't want to hear any Beavis and Butthead jokes, okay? 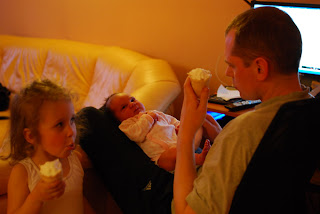