I was skipping back through some of my past blogs and a comment caught my eye from the ever insightful Hula Girl.  It came after my break down of the greatest distance runners at Lawrence High School.  Her observation was that I must write about LHS distance runners because the football there must not be very good.  Oh Hula, you should look before you leap. 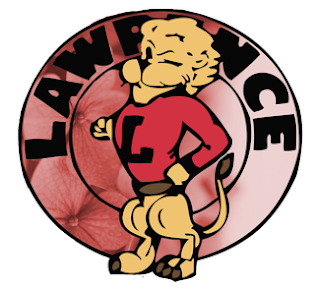 The Chesty Lions hold the national record for undefeated seasons at 31.  Lawrence High has won 27 state championships and in 1960 was named national champions.  Back then they were coached by Al Woolard who mentored his share of high school phenoms.  Before he arrived in Lawrence he coached a young football player who went on to fame in baseball by the name of Mickey Mantle.  Woolard also coached John Hadl, an All-American at Kansas who as a quarterback in the NFL was NFC player of the year in 1973s.  And there's Bill Neider, a pretty fair football player who won an Olympic gold medal in the shot put.

A few other players who donned the Red and Black also made their way into the NFL but Hadl was the greatest by far.  I would be remiss not to mention another legendary LHS coach Bill Freeman.  Coach Freeman pulled the program back to its top tier status after Woolard retired and the football program suffered through a drought, including a horrific one win, eight loss season my senior year.  Remarkably, one of the players on that horrible team, Mike Wellman, made it to the NFL.

Hula I must admit Lawrence High's grip as the football powerhouse of Kansas was broken when the city voted to build a second high school and Free State High School opened in 1997.  But Lawrence High's tradition is among the best, not just in Kansas, but in the nation.
Posted by Rink's Ramblings at 6:30 PM