Racing smart, racing to your best, requires something that I have little of, patience.  I would go through periods of good training and run races far slower than my conditioning indicated.  This was an ongoing problem since I had moved to Phoenix.

I was working with a well regarded coach, Fred Moore.  Over the course of 1988 Fred kept telling me, read The Tao of Pooh.  I shrugged it off.  I didn't see how a book about Winnie the Pooh was going to help me with anything.

I can't recall the exact moment when the light bulb went off and I have searched my logs to find the workout that I connect with all of it but I remember a phone call that happened shortly after.  I did repeat miles with Coach Moore and his group.  Brent Steiner, a Kansas All-American, who had moved to the Phoenix area shortly after I did was at the workout.  It was strange because Brent had never been at one of our workouts.

I tried something different during the workout.  I listened to Fred and instead of trying to crush each of the four repeat miles I ran them under control.  I called Tom Dowling after the workout and discussed with him my frustration with my running.  Dowling told me to listen to Moore and read the damn book.

I did and some interesting things began to happen.  First, the irrepressible Craig Davidson talked me into running an 8K race the same morning as our 16 mile long run.  I went to the Scottsdale race in mid-December 1988 nice and relaxed.  I ended up running an evenly paced race and a big PR.

My next race was a 10K three weeks later and took the words of wisdom from Poo to heart.  The Tao of Poo preaches to go with the flow.  Poo never rushes, never hurries and simply lets the world envelop him.  I took it to mean that I should run under control and within myself until I find myself and then slowly ratchet up the tempo.

I did that at the Park Central 10K and ran a PR in 35:35 on very little mileage.  I remember Steiner was at this race and that he had battled a couple of Kenyans or three.  I don't think he won.  I know I wasn't even close to an age group award. 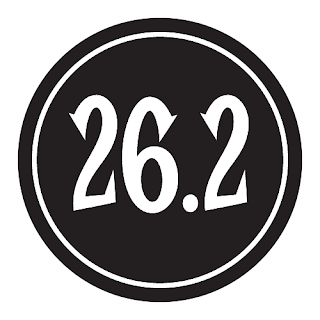 Now for some reason, short on mileage and good conditioning, I had agreed to pace a guy from our Saturday morning group to a sub-three hour marathon.  So Gary Sprague and I toed the line at the East Valley Marathon Saturday January 14.

It was a crisp winter morning when we set out from Tempe on a pancake flat course that would take us to Mesa.  Gary and I hit the half marathon in 1:29:05 and everything seemed great.  Gary was sailing along and I didn't see why sub-3 should even be an issue.

Things started getting shaky after mile 20.  We were averaging 6:52 pace leaving very little room for error.  Gary stopped shortly after 20 and started to walk.  I walked with him encouraging him not to give up.

We started running again and went another mile before Gary, clearly out of gas, stopped and started walking again after 21.  I stopped again and was mildly upset because I felt full of run and couldn't understand what was happening to Gary.  He wasn't built for marathons and was doing his level best but unfortunately I was short on sympathy.  Gary had trained hard but he had hit the wall.  Gary told me to go on and I reluctantly decided to leave him because sub-3 was out of the question for him.

I started cruising along at 6:45 pace and was quickly back under sub-3 hour marathon pace.  I was flying by runner after runner struggling to the finish.  I hit the finish in 2:58:54 feeling as fresh as a daisy.  Poor Gary said that he walked to mile 22, felt fine and finished in 3:05.  I don't think he ever broke three hours.

One month later I would run my 10K PR of 34:49.  While my training frame of mind and racing tactics were headed in the right direction my life was a hot mess.  I hated my job and the events of the previous year were nagging at me.  After my 10K PR my training lagged and the mileage began to shrink.  The next six months were among the worst for me personally that I have ever experienced.  I wouldn't start running seriously again until late August.
Posted by Rink's Ramblings at 7:59 PM