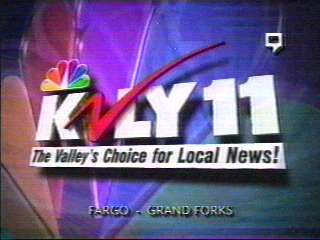 I called Fargo, North Dakota home for three years.  It was the best of times and the worst of times.  I'll start with the bad.  Moving to Fargo was the wrong thing to do to my new family.    Hindsight being 50/50 it would have been better for the boy and the Czarina to stay in Kansas City.  The move was especially hard on the boy.

Then there's the weather.  The winter's are long and brutal.  Unless you love snowmobiling or ice fishing it's not the best place to call home.

Fargo is very isolated.  The people there are good, friendly Midwestern folks but unless you're from there, grew up there, they keep you at arms length.  We never felt part of the community, but then again, part of that fault lies with us.

The good far outweighs the bad.  There is no crime.  There is no traffic.  The economy was the best in the country and that's before the oil boom of the last two years that has fired North Dakota's economy up beyond belief.

I went to work for a small group of station's owned by Sandy DiPasquale.  The station had a core group of veteran managers who had worked together for a very long time.  I was the first outsider ever brought in to be a news director in Fargo.  Television news was dull, plodding and predictable.  But the quality of journalism was actually quite good.

It became pretty clear that the corporate bosses wanted me to be a rat.  They wanted dirt on the long-time general manager Charley Johnson, who was anchoring the 6 p.m. news and had been the news director a few years before.  Charley and I clashed frequently about my approach to news.  Charley was very old school.  I didn't like covering meetings and preferred looking for stories about the community and the people in it.  We managed to do a nice mix of both while become the station for live breaking news in the market.

Then just three months into the job corporate ordered a 20 percent station wide budget cut.  I fell on the sword and took one for the team.  I think corporate wasn't too happy with me for giving Charley an escape hatch on that one.  I know it hurt my attitude toward the station and I became more detached in my approach to what was going on at the station for the rest of my tenure.  But we built the numbers especially in the key demos and by the time I left at the end of 2002 the station was on a roll.

As much as the Czarina and I disliked Fargo, the good far outweighed the bad.  We enjoyed our trips to the beautiful Minnesota lakes country.  We loved opening our house up to the news staff and throwing parties.  The staff was just an amazing group led by super photographer Dave Grant, one-man band extraordinaire Mel Stone and a number of great reporter/photographers, Andrea Larsen, Carol Han, Adam Pemble, Dave Erickson and Roxana Sabieri.  And then there was the unsinkable Julie Holgate who played mother hen to us all

Thanks to a great staff of anchors, reporters and photographers we cranked out award winning journalism on a consistent basis.  We ran circles around our competitors when it came to covering breaking news live, our chief met Too Tall Tom was as good as it gets and won an Emmy to prove it.  But I was most proud of quality storytelling that we delivered on a consistent basis.  Believe me, we were pushed hard by WDAY and they kept us on our collective toes.

Had I been single I don't think I would have ever left Fargo.  But the Czarina wanted to live in a city.  She hated the isolation.  So the quest for a new job went on in earnest in 2002 and after a number of close calls the lure of the sun and the sand of Fort Myers seemed irresistible.

Sandy sold the station just before I left.  Then the station was sold again a few years ago.  The current owners Hoak are a symbol of everything that's wrong with television now.  They've managed to run off the bulk of the veteran staff that had made KVLY a great television news operation.  Charley is gone, the strong anchor team of Daron Selvig and Robin Huebner have been run off.  A lot of talented behind the scenes people have exited.  The bottom line is all that matters.  Anything that resembles journalism be damned.

Posted by Rink's Ramblings at 9:26 AM