I love and respect Vlad.  He's a good man with a good heart who has a 4-year-old that's full of thunder and a newborn that leaves him little time for himself.  Vlad laces up his running shoes as often as he can for some me time.

The Czarina sent me the picture last Friday of the worn out papa sleeping on the couch instead of getting in some miles.  She even suggested it would be good material for a blog.  The Czarina saw humor in the situation and so did I.

Last night after a long night of producing I sat down and pounded out a few words about Vlad's training efforts or lack thereof.  It was short and to the point.  I informed the Czarina this morning of my latest blog entry which she promised to read.

It didn't take long for the phone to ring.  The Czarina pronounced that my writing efforts had fallen short.  The blog simply wasn't funny enough.  She suggested it needed some punching up.  I declined.

Then later in the day I received another phone call.  Now she was calling me out on accuracy.  You have to understand English is the Czarina's third language, not even second, falling behind Russian and Latvian.  She believed I hadn't made it clear that Andrei now runs.  I disagreed with her argument.  She again insisted on a re-write.  It's not going to happen. 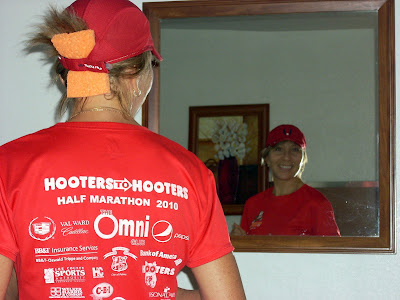