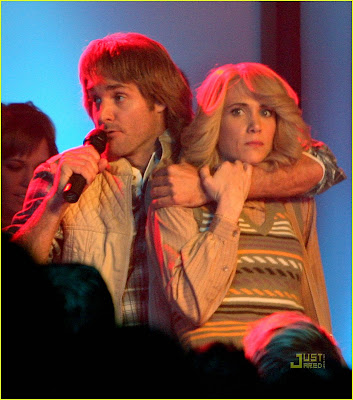 The Czarina is a sucker for Saturday Night Live.  I can take it in small doses.  She's a big fan of Andy Samberg's Digital Shorts.  Who can argue about the genius of "Dick in the Box" or "Mother Lover."  The Czarina also digs the MacGruber takes and she's never heard of or seen "MacGyver."  So at her insistence we went to see the motion picture debut of "MacGruber."

The movie is shockingly funny.  I would equate it to a human version of "Team America."  It's gory, it's full of f-bombs and other silly jokes.  It's not "Hangover" funny, but it delivers enough laughs to make it worth viewing.  I went into the theatre expecting yet another lame attempt to bring a SNL creation to the big screen.  While it doesn't rank up there with "Wayne's World", "MacGruber" is clever, especially if you like cunt jokes.
Posted by Rink's Ramblings at 7:23 PM