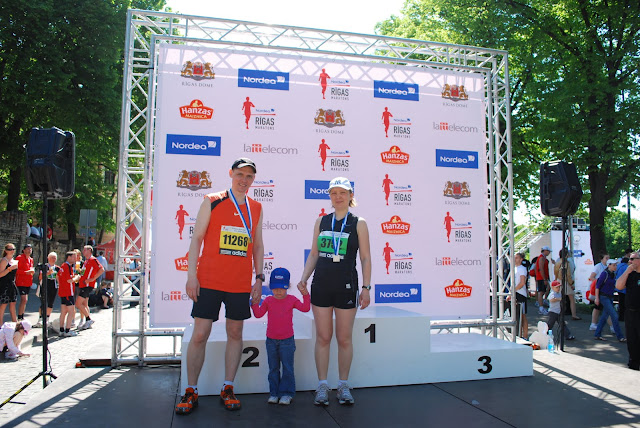 Vlad, my son-in-law, and Natasha, my step-daughter, had big goals for this year's big race in Riga.  If you recall last year the Czarina and I traveled to Latvia for the race.  The Czarina won her age group in the marathon while Vlad kicked my ass in the 5K.  Natasha ran the 5K as well.

Vlad's goal was to break 21 minutes for the 5K this year.  That would have been a big improvement over last year's time.  Natasha decided that she wanted to try the half marathon.  They both enlisted my help asking me to draw up training plans for them.  Unfortunately a couple of items were working against them.  First, they really didn't start training in earnest until about six or seven weeks ago.  Riga suffered a particularly brutal winter which made training really tough.  Second, they both caught a nasty virus from Masha two weeks before the race losing a valuable week of training.  The illness left both of them very weak.

Vlad did his best even creating a phony bib to get into the first corral to improve his chances at a fast time.  But the illness had taken its toll and he ran 21:30.  Based on the results of his workouts he was ready to run between 20:30 and 20:45. 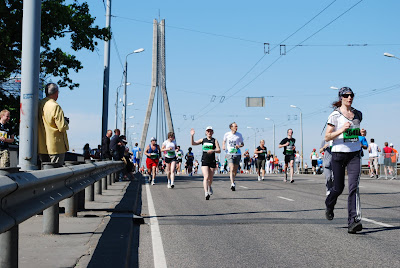 Natasha faced the prospect of racing on a sunny, warm day.  Last year we ran in cool, overcast conditions.  She was in good spirits as she crossed the city's landmark bridge over the Daugava River.  But it didn't take long for things to go awry.  Natasha had to take a walk break at 8 kilometers. 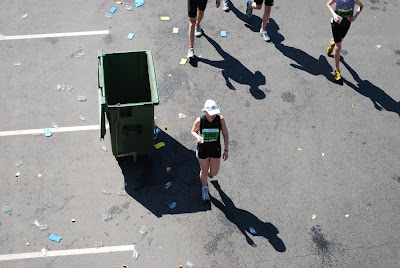 The walk breaks apparently became a staple through the aid stations. 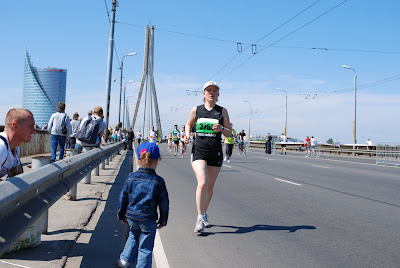 Little Masha couldn't help mom with her last kilometers.  It was a tough day but Natasha finished her first half marathon in two and a half hours, which was about what I expected.  Much to my surprise they want to train for a half marathon in Lithuania this September and they've requested a calendar from me.  I guess they are gluttons for punishment.  Seriously, considering everything, they both ran great.  It will be interesting to see what a summer of training does for them.  Even Masha is excited about it. 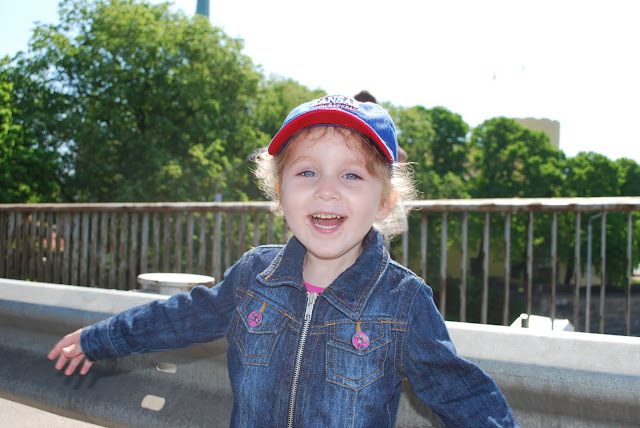 Posted by Rink's Ramblings at 3:44 PM