I don't know why I started thinking last night about Burt Kennedy.  I suspect it's because one of the Czarina's overweight work colleagues died from a heart attack last week.  Between COVID and the news of the COVID death of a former Fort Myers co-worker, Dave Lombardi also last week, Burt came to mind. 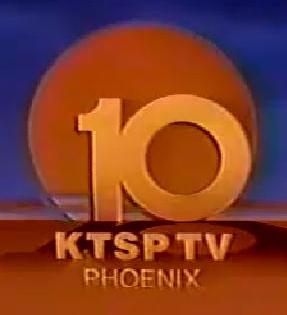 When I wrote several years ago about my three years working at KTSP (now KSAZ) in Phoenix I failed to even mention Burt Kennedy.  It's a shame because Burt was a quiet force of nature in the newsroom.  Technically, he was the newsroom operations manager but in many ways he was a keeper of the flame of a station that had dominated the Phoenix television market when it was known as KOOL TV.

I didn't know what to make of Burt when I first arrived at the station.  He was quiet and down right studious and seemed out of place in a raucous newsroom.  But I soon realized that these still waters ran very deep.

Burt Kennedy was the first person I had worked with who understood how a personal computer worked.  Now that seems ridiculous in 2020 but in 1987 having a PC on your desk was a new thing.  I was used to banging out scripts on an IBM selectric typewriter, not a computer with a floppy disc.

Burt patiently taught me how to use the computer.  He showed me the ropes of the newsroom.  And perhaps the most important lesson he taught me was how to answer the newsroom phone.  I had worked for nearly a decade in television news but Burt always answered the phone politely and directly.  "Newscenter 10, this is Burt Kennedy, how can I help you?"  It struck me as professional and at Burt's insistent direction I started to copy his style.  I still do it to this day, 33 years later, although I say, "Run Florida On McGregor, this is John, how can I help you."

Burt knew the Valley of the Sun inside and out.  He had countless interesting stories about growing up in the Phoenix area and the amazing people that crossed his path.  Burt was especially proud of his namesake uncle, the Hollywood director Burt Kennedy.  Google him.  That Burt Kennedy was part a pretty big name in the film business and specialized in westerns.

The most important thing Burt imparted was the grand history of the station where I worked.  He yearned for the days when the station, when it was owned by Gene Autry, yes that Gene Autry, when no expense was spared to produce a top notch newscast and a lot of documentaries, many of which Burt helped to produce.  He was the part of a station legacy that included legendary anchorman Bill Close, the Walter Cronkite of the market, who had been the face of the station for a quarter of a century.

The other thing about Burt, was his size.  He was a big, big man.  He tipped the scales at well over 300 pounds and stood more than six feet tall.  Burt died in the 1990's, for the life of me I can't remember the year and can't find an obituary.  He was in his mid to late 40's.  He got a staph infection and I suspect his weight didn't help.