A big weekend lies ahead for a handful of outstanding track and field athletes from Lee County.  At least a half a dozen runners and throwers stand a chance of claiming gold at the Florida State High School Track and Field Championships in Jacksonville.  The two day event starts Friday at Hodges Stadium on the campus of the University of North Florida.

We’ll start with the throwers and Fort Myers High standout Jacob Lemmon.  The senior discus thrower leads the nation with the best ever toss in Florida high school history of 209 feet six inches.  Lemmon could also score points in the shot put.  SFCA’s Rebekah Bergquist is a standout discus thrower as well.  She sits just outside the national top ten in the discus and Bergquist should score points for the Kings in the shot put as well.

Dunbar has the market cornered on sprinters.  A healthy Seneca Milledge could end his storied career for the Tigers with a Class 2A 100 meter title.  And if Milledge is on Dunbar’s 4x100 team, the result could be double gold.  Dunbar has a pair of girls who could make the podium as well in the sprints. Junior Teera Stewart shines in the 100 and 200 and hurdling sensation Lucheyona Weaver is coming into her own as a sophomore. 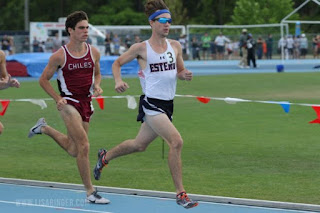 A pair of gold medals would make up for a rough and tumble season for the greatest middle distance runner in Southwest Florida history.  Estero senior Hugh Brittenham overcame health issues to put himself in a position to capture both the 800 and 1,600 meter titles.  Brittenham is the defending 3A state champion in the 800.  Assuming he’s healthy, the Florida bound star stands an excellent chance of winning the 800 and adding the 1,600 crown, a race he finished second in last year.

ECS 400 meter standout Moriah Oliveira should defend her Class 1A 400 meter crown.  With the help of her twin sister Sierra, ECS could also claim the 4x800 and 4x400 relay titles this weekend.  A team podium finish could result if Sierra can duplicate her 2015 victory at 800 meters.

And that takes us to the Friday morning Lee County showdown that will highlight the meet, Sierra Oliveira vs. Cantebury’s Jessica Edwards over 800 meters.  This duo went one-two at last year’s state meet with Edwards taking her first state gold.  Edwards has dominated the meetings at 800 meters so far this year.  With good weather and great competition Lee County could see its second high school girl under 2:10 for that distance, the question is will it be Edwards, Oliveira or perhaps both?

On Saturday Edwards will try to add a 1,600 meter crown after her 4x800 duties.  Last year as a ninth grader Edwards took second.  This year besides the 1,600 title, Edwards will hope to join the exclusive list of Lee County girls who have broken five minutes over that distance.

Regardless of the times, Lee County athletes stand ready to make an impressive haul of gold medals this weekend in Jacksonville.

Posted by Rink's Ramblings at 1:11 PM