38 years ago my career in television news was at a crossroads.  I had a "dream" job that was more like a nightmare in a top 20 market.  I was being offered a chance to move from the news side of the station into the sports department which would have had me doing back flips not more than 18 months earlier.  WTCN, the new NBC affiliate in Minneapolis/St. Paul was a hot mess with no ratings.

I had learned a lot about writing and organization from the 10 p.m. producer Paul Adelmann.  I was just something short of a disaster as a weekend producer.  I had been pushed and bullied by the coke head who anchored the weekend news, Stan Bohrman.  He was steamrolling his way to the main anchor job and I was just a casualty in his quest.

So here I was, Brink Chipman was giving me a choice to head back to producing weekends or become the lacky of sports tyrant Tom Ryther.  Yeah, this newsroom was full of assholes, Brink and Paul being notable exceptions.  But then came a phone call from the man who had lost his bid for the news director's job to Chipman in a well executed man to man showdown to dethrone Gil Amundson who was in over his head when the affiliate switch came.

The call from John Hudgens offered a new job in Little Rock, Arkansas at the NBC station, KARK.  Hudgens had fled Minneapolis and returned to Little Rock as the Managing Editor.  He had convinced Gary Long I was the right guy to produce their 10 p.m. weekday news. 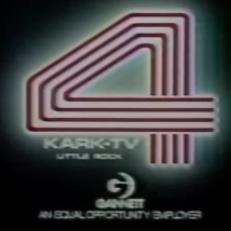 Long hired me sight unseen in March 1980 and off to Arkansas I drove.  The first month was a breeze.  Long was at the horse track almost every day and I was left to my own devices to learn the ropes from Hudgens, the 6 p.m./Executive Producer Leo Greene and a lot of other salty journalists including current WPSD news director Perry Boxx.

Once the horse racing season ended my hell had begun.  Every day I would be invited into Gary's office and be told in no uncertain terms why my newscast sucked.  Gary Long was the Michelangelo of news directors.  He chipped, chided and molded me.  I hated every minute of it.

By the summer it just got hotter.  In fact it was one of the hottest summers on record.  I can remember my daily drive into work, passing a massive electronic bank clock where the temperature never dipped below triple digits.  By the end of August I was ready to bail.  The CBS station in Little Rock had approached me about a job.  Then came offers from Tulsa and a possible job in Wichita.  It slowly dawned on me that I needed to hold on and learn.  It was a good decision.

By October of 1980 WDAF in Kansas City came calling with a job.  And that would be my home for the next seven years.  Gary tried to convince me to stay even offering to match Kansas City's money.  Three years later Gary would try to hire me again in Oklahoma City where he ran a station alongside Perry Boxx.  I had to say no.  Gary was just too tough.

Yet he taught me more in those short seven months than I would learn during any other period of my career in television news.  Gary Long made me a journalist.  He had bullied and berated me into being a pretty good producer.  I never got to tell him, thank you.

I found out tonight that Gary passed away back in March.  Apparently, his death had almost gone unnoticed by the many, many lives he had touched because he had become a recluse over the last decade or so.  Gary lived hard, he worked hard and he demanded the same of those who worked for him.  I could never measure up.  But I'm okay with that because he gave me the tools I needed to succeed.  Thank you.