The U.S. Olympic Track and Field Trials are complete and with the ten day extravaganza in Eugene, Oregon we saw an epic changing of the guard.  Yet, we also saw some crafty veterans doing some amazing things and I honestly think the U.S. is sending one of its strongest contingents of distance runners to Rio in decades.

Molly Huddle stood out on the women's side.  She became the first American to win both the 10000 meter and 5000 meter races at the Trials.  Huddle has a real chance to stand on the podium in Rio if she executes in the 10000.  Huddle just missed the a bronze last summer in Beijing at the World Championships when she eased up allowing another American, Emily Enfield, to sneak past her at the line.  Huddle has learned her lesson.  With the Kenyan and Ethiopian teams facing the shadow of doping allegations it's any one's guess as to how the 5000 and 10000 will play out.

Either Jenny Simpson or Shannon Rowbury could medal in the 1500.  Simpson timed a perfect sprint to win Sunday.  She has the finishing speed off a slow pace needed to win at the championship level.  Plus the fact that doping allegations surround the clear favorite for gold, Genzebe Dibaba, could make it very interesting.  Will the Ethiopian even run in Rio?

Next on the possible medal list is steeplechaser Emma Coburn.  The Colorado grad has the American Record and has shown a willingness to mix it up with the East Africans.  Coburn will need a little luck to land on the podium.  She doesn't have the finishing speed of the Kenyans or the Ethiopians but she makes up for it with amazing strength.

The event once considered the strongest for the U.S.A. was the women's 800.  But the demolition derby last week took two medal contenders, Alisa Montanyo and Brenda Martinez off the team.  Ajee Wilson has shown the ability to race with the world's best but this season something seems to be missing from her form.  And you might as well hand the gold medal to South Africa's Caster Semenya.  She's no longer forced to take estrogen which means the playing field will be uneven.

The men's team has a handful of medal contenders as well.  In the 800, Boris Berian has the kind of aggressive speed that's needed to compete in a race that's sure to be blistering.  Trials champion Clayton Murphy could contend if the pace is slow. 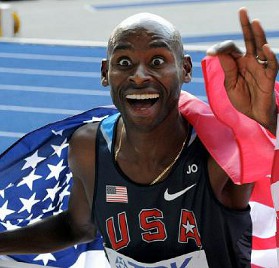 The U.S. has almost no hope for medals in either the 5000 or 10000.  Galen Rupp lacks the sprint finish he had four years ago to compete in the 10K.  Bernard Lagat, who shocked the world at age 41 by winning the 5000, could be a medal contender off of a slow pace.  I doubt the Africans will let the pace dawdle enough to let Lagat use his ferocious finish.

Evan Jager has already staked his claim as the greatest steeplechaser in American history.  A medal in Rio would only cement his place in the event.  His ability to finish off a torrid pace will be the only question mark entering the competition.

Then there's the glory race of middle distance running, the 1500 meters.  Matt Centrowitz, Jr. took down the trials record held by the great Steve Scott with his victory on Sunday.  His finish showed that he has the turnover needed to compete against the world's best.  Kenya's Asbel Kiprop looks unbeatable but Centrowitz should be able to grab a bronze or a silver.

Out of the ten middle distance to distance events on the track gives the U.S.A. a chance for as many as seven medals in Rio.  Anything less than five would be a major disappointment.
Posted by Rink's Ramblings at 10:12 AM