A December of Adventures

This has been the busiest December in 10 years.  That December the Czarina and I ran the Tucson Marathon, I interviewed for a job in Fort Myers and the rest as they say is history.  This month has been one filled with travel and adventures.

The fun started with a quick trip to Atlanta.  It was our first vacation together in more than 2 years.  We played the part of tourists but I'm sure the Czarina would have enjoyed more stops along the way than I would allow.  We enjoyed visiting CNN and going through the Coca Cola Museum but the best part of Georgia was hiking the Appalachian Trail.

I read a book about five years ago called "Walking the Happy Side of Misery."  It was one hiker's adventure from Georgia to Maine along the trail.  We spent a couple of days checking out the scenery in near perfect weather conditions. 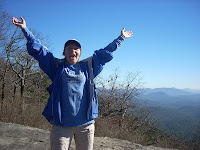 The best part was hiking from Woody Gap to Preacher Point on Cedar Mountain.  I tried to imagine the perseverance it would take to make the trip up the entire trail.  It's a walk that takes a good four months or more depending on how fast you decide to move.  I certainly don't have the love of outdoor living to do it but I bet the Czarina could if she had a mind to try.

The second part of the fun came when the boy came from Los Angeles for Christmas.  His visits mean that we must do something that is beyond the normal routine, whether it's watching the sunrise on Miami Beach or NBA basketball, the fun usually comes at the Czarina's insistence. 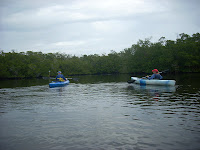 This time the adventure involved kayaking.  I hadn't tried it and neither had the Czarina.  So this trios went to Sanibel Island and Tarpon Bay where we paddled to our hearts content for almost 2 hours.  As my old colleague Nick Carlson pointed it, it's an activity that could be addictive.  It's a great alternative to pounding out the miles every day.  An investment in a double kayak might be in order.

The fun didn't end there.  The boy wanted more so I suggested horse back riding.  This has been an ongoing challenge, especially for the Czarina.  I've done more than my share of riding.  But she's scared silly of horses.  The boy wasn't very excited about it either, but the more he thought about it the more he liked the idea of the challenge. 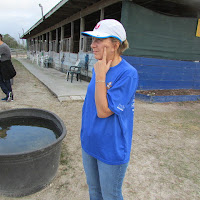 So off the Lehigh Acres we went to go trail riding.  The Czarina was stone cold silent on the ride out.  I don't ever think I'd seen her that scared.  But they gave her a gentle horse named Duck and they got along famously.  The best part was watching Duck scramble up a small rise up with the Czarina holding on for dear life.  She didn't scream or panic, the Czarina just rode like an old pro.  It took more than 13 years of marriage but the Czarina overcame one of her biggest fears and earned her spurs. 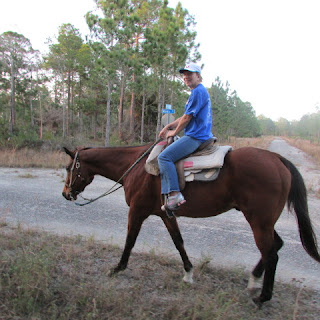 Posted by Rink's Ramblings at 7:27 PM