Rolling along Monday evening on a four mile jaunt I looked down on the asphalt path that runs along 6 Mile Cypress.  I noticed some thoughtful soul had re-painted the half mile marks that show up along the five mile path that stretches from Daniels Parkway to Colonial Boulevard.  It reminded me of the importance of interval work when training for an important race, even for half marathons and marathons.  As I pondered the countless half mile and mile intervals I've run, something else occurred to me.  Running races ahead of a half marathon or marathon is equally important. 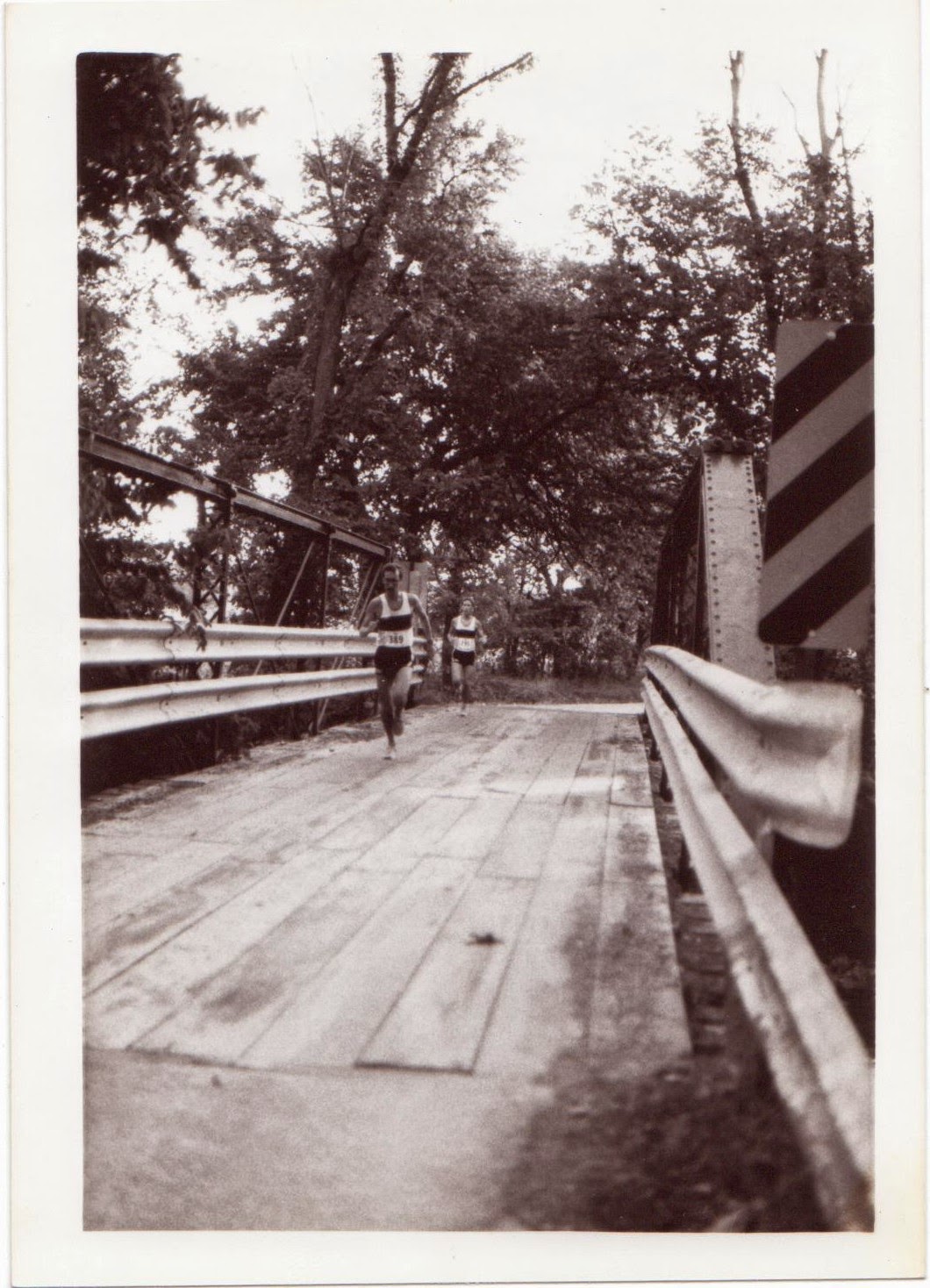 Preparatory races get your ready for your goal races.  It allows you to practice your strategy.  Running a few 5K's or 10K's before a longer race like a half marathon or marathon sharpens that edge.  Regardless of whether you plan on running a marathon under 3 hours, 4 hours, or 5 hours, a handful of races leading up to the big race is important.

This picture was taken about one month ahead of a marathon that I ran in Kansas City.  I'm leading an old training partner, Stephen Greer, over a bridge in Leawood, Kansas in a mid-September 10K race..  It told my coach that I was ready to run a marathon.  Because he wouldn't let me run intervals, (that's another story) I had to race to sharpen my speed.  Time and again it was a proven formula for the half marathons and marathons that I would follow.

You naturally run faster in a race.  The sheer force of the crowd of runners carry you along to speeds you normally can't hope to attain in a training run or during interval training.  I write about this as I see a group of hopeful men and women prepare with Coach Mike Pemberton for upcoming half marathons and marathons this winter.  You can log all the miles you want, but without some pace work, intervals, tempo runs and racing, those goal races won't be nearly as satisfying as you would like.

But that red line is a double edged sword.  Too much racing, too much speed work, will take an edge off of all of that work you've put in for that big race.  The red line can be your friend, but if you cross it one time too many, you can pay a heavy toll in injuries and illness.  Something to consider as we enter the road racing season.