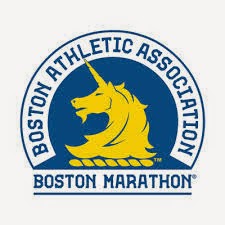 The big stories that came out of this year's running of the Boston Marathon, Meb Keflezighi's remarkable win, 2 women under 2:20, Shalane Flanaghan's gutsy run and the healing for a city traumatized by last year's tragedy, are getting slightly overshadowed by a scandal.

People have discovered that runner's like to "bandit" the Boston Marathon.  For those of you not familiar with the term "bandit," it refers to someone who runs a race that they haven't paid entry for or otherwise qualified to run in.  The uproar began when a woman who was entered in this year's race, discovered four other people with her bib number as she checked the post-race photos.  The woman made the mistake of posting a photo of her bib online.  The ingenious assholes took advantage of that and created counterfeit bibs in order to get to the starting line.

The revelation shouldn't surprise anyone because being a "bandit" at Boston is something of a tradition.  It goes back decades.  Running Boston used to carry with it some panache, prestige for the distance running community.  The first time I broke 3 hours in a marathon was in 1977.  I ran 2:57:14.  I missed qualifying for Boston by 7:14.  That was in 1977.  More people than ever run now and yet the qualifying standard for a 21-year-old male now stands at 3:05.

Running a marathon under 2:50 isn't easy.  I didn't do it until 1985 when I was age 30, but by then Boston had bumped up the qualifying standard to a sub-3 hour effort.  That kept the fields for the race relatively small, usually just a thousand by the late 70's but slowly those numbers grew as more and more people took up marathon running.

By the time I actually decided to go and run Boston I did it on a whim, qualifying in 1994.  I qualified by running in an extremely difficult marathon in St. Louis just two months before Boston, running just 45 seconds under the 3:15 qualifying standard for a my age group at the time.  I joined about 12,000 or so runners for that race, ironically that was the same year they started allowing charity runners into the race.  It was the largest field ever, at the time.

The following year, Boston's centennial, the numbers skyrocketed.  They let just about anyone in who wanted to, run it.  I think they had close to 20,000 runners.  I think at that point the organizers realized something, they could make a lot of money with a lot more runners.  The cows were out of the barn, so to speak.

I didn't go back to Boston until 2003 and the change in field size was stunning.  I didn't run due to an injury, but the Czarina did.  They still did a mass start for the race.  It would take the slower runners as much as 15 minutes if not more to cross the start line.  I think it took the Czarina a good 10 minutes to get there.  By comparison, in 1994 it had taken me about 3 minutes to make it to the starting line.

Now the race is so bloated they start it in waves.  And in light of last year's tragedy, the organizers decided to expand the field to a whopping 36,000.  Boston organizers won't say exactly how many but  several thousand of those runners didn't meet the qualifying standard.  They get in because they are running for a charity.  Therein lies the rub.  Thousands of Boston qualifiers don't get in because organizers feel obligated to make room for these charity runners.  That in turn creates a situation ripe for people who feel the need to "bandit" the race.

People used to "bandit" because they simply couldn't reach the tough qualifying times.  Now they do it because the field fills up in just a few hours.  So screw the phony baloney outrage over these "bandits."  Don't get me wrong, I hate "bandits," but Boston created this mess because of the way it handles entries.  I don't feel sorry for the BAA.  The race makes a ton of dough.  It's not taxing any resources.  I guess I'm just missing the point from the outraged purists.